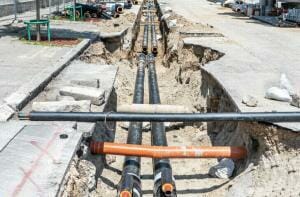 When developers purchase land and prepare it for construction, a large portion of their costs are spent on real property improvements that will be shared among multiple lots. These expenses, called “common improvements,” are often not deducted as they are incurred. Under the accrual method of accounting, the expenses incurred are distributed among all lots for sale, even those lots that haven’t yet been sold. If the project spans multiple years, this may create a mismatch between income recognition and deductions for related expenses. Fortunately, developers have another option. Those that use the alternative cost method can accelerate deductions so their expenses are deducted more equitably over the life of the project.

What Are Common Improvements?

When preparing land, real estate developers are often legally or contractually obligated to make common improvements. Common improvements are changes made to land that benefit more than one lot. Roads, sidewalks, sewers, and water lines are good examples, but common improvements can also be facilities (like clubhouses and pools) or recreational areas (like parks or playgrounds).

How Does the Alternative Cost Method Differ from the Accrual Method?

The default method of reporting common improvement costs follows the accrual basis of accounting, which states that only costs actually incurred can be allocated to the cost basis of lots for sale. Let’s look at an example.

The IRS saw that the accrual method posed a problem for some developers, so they created another expense recognition option. Developers can elect to use the alternative cost method instead, which allows developers to allocate estimated future costs of common improvements to the cost basis of lots for sale.

In this example, the developer incurred $200,000 of costs and was able to deduct almost all of it.

The alternative cost method gives taxpayers the opportunity to accelerate deductions so that they can more accurately match income with related expenses.

How Do You Make the Election?

The alternative cost method can only be used if the developer makes the appropriate election. The election request can be made of their District Director of the IRS and should be filed by the due date of their tax return, including extensions. The request should include some specific information about the project, including (but not limited to):

Requests are made on a project-by-project basis. Developers cannot make a blanket election to cover all future projects. The IRS will approve requests if the developer can show:

The developer must also agree to extend the statute of limitations (pertaining only to common improvement costs) for each tax year that they use this method. This extension means that the IRS may assess deficiencies arising from use of the alternative cost method all throughout the project plus one year after the project is completed.

If their request gets approved, the developer must file annual statements for each project. Along with some identifying information, the annual statement should include an updated cost schedule, a schedule of actual costs incurred, information about lots sold, and a schedule that shows how the common improvement costs have been allocated among the lots.

How Do You Know if The Alternative Cost Method is the Right Move?

The alternative cost method has the potential to accelerate deductions, which can help alleviate tax liability burdens that many developers encounter at the start of a large project. If you want to learn more about the alternative cost method, LaPorte CPAs and Business Advisors can help. We work with many types of businesses in the real estate and construction industries. To learn more, contact a LaPorte tax professional.