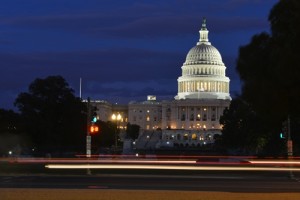 The struggle to renew temporary tax breaks is spreading to all corners of Congress. While the proposed legislation from House Ways and Means Committee Chairman Dave Camp, R-Mich., has gotten the majority of the first-quarter attention, his is not the only new bill making its rounds as the seemingly annual debate over temporary tax breaks has picked back up.

The conversation has now shifted to analyzing some 50-plus laws commonly referred to as tax extenders – many of which are being targeted for removal. Sen. Ron Wyden, D-Ore., recently took over the tax-writing Finance Committee and with his first significant course of action, called for the review and amendment of his own bipartisan bill, co-authored by top committee Republican Orrin Hatch of Utah.

Will an overhaul actually occur?
Hatch has publicly stated that all the moving and shaking on Capitol Hill proves Congress is willing to tackle a system many consider in need of an overhaul. But most political analysts believe the chances that anything will get done this year – with mid-term congressional elections scheduled for November – are minimal. Even if comprehensive reform is unlikely to be enacted anytime soon, it’s still a concern for business and tax services professionals waiting for news on the extenders, many of which expired at the end of 2013. Many U.S. companies that have relied on extenders remain in an indefinite holding pattern, wondering whether politicians such as Wyden are serious when they say they want to stifle the trend of re-approving them or if this sudden adamancy is a function of election-year jockeying.

One policy analyst recently told Reuters that the chances these tax extenders will be retroactively reapproved – as has been the case in years past – are around 70 percent. Lobbyists in Washington are certainly doing their best to make sure of that. There are too many tax breaks for businesses – both large and small – at stake for interest groups to allow these expirations to go unchecked. For example, while the legislation from Wyden and Hatch preserves an active financing exception often employed by multinational corporations, it proposes to drop provisions for wind-energy tax breaks and the so-called look-through rule, which was devised in 2006 and allows companies exemptions on corporate income taxes for capital transferred between offshore units.

Reform ramifications and mixed congressional support
Many believe it’s only a matter of time before bills like Camp’s and the Wyden-Hatch proposals are tabled. They bring federal budget complications, too, considering no accompanying initiatives have been crafted to offset the lost government revenues they would trigger.

A third noteworthy proposal, from Reps. Michael Burgess, R-Texas, and Rob Woodall, R-Ga., is on the table now, too. But there’s no indication any of these reform measures will make it past the floor without significant revisions. In the meantime, businesses remain in limbo, waiting to see whether a larger debate brews between tax-reform advocates and Washington lobbyists and, most importantly, whether another wave of reapprovals is coming for the extenders, right on queue.