In post-recession world, financial stability and stress have new definitions 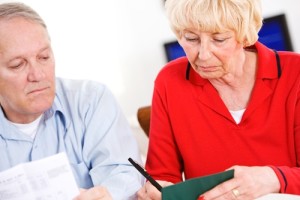 Even as the majority of Americans continue to adjust to different standards for financial stability, stress and discontent have not become disproportionately higher. Instead, it seems most people are accepting and coping with their new lot, altering their lifestyle and finances accordingly while understanding the reality of the country’s economic situation. The question remains, however: Is that good news?

A recent Harris Poll study conducted for the American Institute of CPAs found that 74 percent of adults in the United States believe they are worse off or in no better financial shape than they were a year ago, yet stress levels over budgeting and managing their money have not changed significantly for the worse. As was the case in 2013, approximately four in every 10 Americans consider their personal finance stress to be high or very high. That plateauing mindset is attributed mostly to the fact that people seem to have accepted the new norm. In other words, more than five years after the recession reached its rock bottom, more Americans are now accustomed to dealing with financial burdens and, perhaps, have completely redefined what constitutes stress – at least when it comes to money matters.

The fact that more people have reconciled with the economic realities of the times should not be a shock. Labor sector expansion has remained tepid over the past few years, and even the employment gains that have been made have rarely been coupled with significant increases to average wages. Meanwhile, only recently have the housing finance market and consumer spending levels picked up, mostly in the form of accrued equity for residential properties and gradually improving rates for big-ticket purchases, such as cars. But any macroeconomic progress exhibited over the past few years must be analyzed with the caveat that it was undoubtedly boosted by the Federal Reserve’s stimulus program. It’s hard to determine how real the recovery has been when the central bank has been artificially pinning down interest rates, while many Americans – as the Harris poll reaffirmed – continue to live within comparatively meager means.

Keeping the focus on long-term sustainability
Some analysts speculate that, for the sake of the long haul, those adjustments aren’t necessarily a negative development. Tighter standards for loan approval that force people to improve credit, budget responsibly and redefine needs – as opposed to desires – could portend a more sustainable recovery.

“With slightly more than half of U.S. adults expressing little to no stress about their increasingly difficult financial circumstances, it seems that many Americans are reconciled to an uphill financial battle and that financial juggling and sacrifice will be part of the foreseeable future,” noted Ernie Almonte, chair of the AICPA’s National Financial Literacy Commission, in a statement accompanying the study’s release.

Almonte also pointed out that the current environment is not one devoid of hope. There are still ways to improve one’s financial lot – they just may not be as sexy or immediately gratifying as some would hope.

“The good news, however, is that you can improve your situation through simple steps – many of which Americans are already being forced to do,” Almonte said.

Of course, while these suggestions are all helpful in theory, the reality continues to be that most Americans still only have so much to put toward so many legitimate priorities. The concept of the American dream has been redefined, not necessarily for the worse, but probably for the long term.