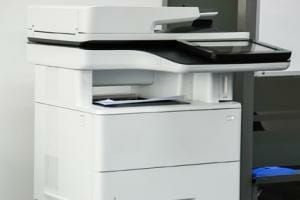 Starting with reporting periods after December 15, 2019 (an earlier application is encouraged), entities that lease nonfinancial assets, such as vehicles, equipment, and buildings, must treat these leases as financings of the right to use an underlying asset. In other words, lease liabilities will be considered as long-term debt and lease payments as capital financing. In general, there will no longer be a difference between operating and capital leases for financial reporting purposes. Furthermore, the operating leases classification will no longer be applicable when these standards are implemented.

What Government Lessees Need to Know

To be in compliance with these standards, a lessee must:

The statements of net position for government agencies will be impacted by these new standards. The GASB’s new rules will generally require that all long-term leases are reported on a lessee’s balance sheet. Many leases that have been classified as operating will have to be considered as long-term assets and non-current liabilities.

There are many other rules in the new standards that you should be aware of and consider, especially on the reporting changes for lessors. The GASB approach and FASB/IASB’s requirements for lessors are different in some situations. Click to read GASB Statement No. 87.

For additional information, contact a member of the LaPorte Public Sector Industry Group.