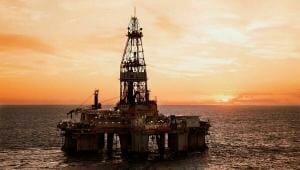 by RSM US LLP


The Fifth Circuit Court of Appeals has ruled on an issue of first impression, holding that exporters of crude oil were entitled to a refund of section 4611 oil spill excise tax paid. The case was decided in a 2-1 decision, with the second judge concurring only with the result and not the opinion itself.

In Trafigura Trading LLC. v. United States, (No. 21-20127, decided March 24, 2022) the Fifth Circuit ruled that the government must refund $4.5 million of section 4611(b) oil spill excise tax. The purpose of this excise tax is to fund cleanups and pollution research. The court ruled that these taxes were not permissible under the US constitution’s export clause.

Trafigura, a commodity trading company that purchases and exports crude oil from the United States, had sued for a refund of the tax it paid for the Oil Spill Liability Trust Fund, which helps companies and the government address and prepare for oil spills. The tax was calculated at eight or nine cents per barrel, depending on the year, for domestic crude oil “exported from the United States.

The court held, by delving into its views on the founding fathers’ intentions, that it was correct to award Trafigura the refund. Since the fee was based on how much domestic crude oil is exported, rather than the costs of cleaning up oil spills, it fell under the export clause’s blanket ban of states imposing export taxes and levies in the U.S. Constitution.

However, the dissenting judge pointed out that genuine issues remain concerning whether section 4611 imposes a legitimate user fee. The judge said the export clause does not rule out user fees if they lack the attributes of a tax or duty, but rather are designed to compensate the government for services, facilities or benefits. Then, the dissent argued that Trafigura was not eligible for the tax refund because the fee was more like compensation for services, less like a tax.

The Fifth Circuit Court of Appeals decision in Trafigura is significant because it is an issue of first impression. Holding that a long-standing statute is unconstitutional is a significant issue for the industry. To the extent that others in the industry are exporting crude oil, refund claims of the oil spill excise tax should be considered. It remains to be seen whether the IRS will acquiesce this issue or whether it will continue to litigation, either by a request to review the case en banc by the entire Fifth Circuit or by an appeal to the Supreme Court.

This article was written by Deborah Gordon and originally appeared on 2022-03-31.
2022 RSM US LLP. All rights reserved.
https://rsmus.com/insights/tax-alerts/2022/court-rules-on-excise-tax-refunds-for-exported-crude-oil.html