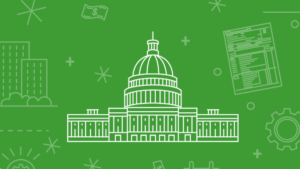 
The Sixth Circuit recently held that a taxpayer must reduce its excise tax liability to the extent of allowed alcohol fuel mixture excise tax credits, and correspondingly must reduce its cost of goods sold (COGS) by the amount of such reduction for federal income tax purposes. In Delek US Holdings, LLC v. United States, No. 21-5257 (April 22, 2022), the court ruled for the IRS, denying Delek’s (the Taxpayer’s) claim for refund of $16 million in federal income taxes related to the inclusion in COGS of excise taxes for which the Taxpayer claimed alcohol fuel mixture credits under section 6426 of the Internal Revenue Code (the Code). In affirming the Middle District of Tennessee Court’s decision, the court determined that the plain language of section 6426 requires the credit to reduce the taxpayer’s excise tax liability. Although the Sixth Circuit’s decision represents the first appellate court holding on this issue since the Federal Circuit’s decision in Sunoco, Inc. v. United States, 908 F.3d 710 (Fed. Cir. 2018), cert. denied 140 S.Ct. 46 (2019) (also holding that credits under section 6426 reduce the taxpayer’s excise tax liability), the court’s ruling is just the latest in a line of cases in which courts have held that alcohol mixture credits under section 6426 reduce a taxpayer’s deductible excise tax liability. (See prior coverage.)

Delek, a fuel producer, claimed for 2010 and 2011 over $64 million in alcohol fuel mixture excise tax credits under section 6426. When Delek filed its 2010 and 2011 federal income tax returns, it subtracted this mixture credit amount from its cost of goods sold, which in turn increased its gross income and corresponding tax burden. In 2015, the Taxpayer reconsidered its decision and filed for an income tax refund, claiming that its section 6426 mixture credits were “payments” that could only satisfy, but not reduce, the excise tax amount and that subtracting the mixture credits from cost of goods sold was a mistake.

The IRS disallowed Delek’s refund claim, and the Taxpayer filed suit in federal district court seeking judgment in the amount of the alleged overpayment. The district court granted summary judgment for the government. Delek appealed, and the Sixth Circuit affirmed the summary judgment for the government, rejecting the Taxpayer’s claim that the mixture credit under section 6426 is a ‘payment’ that satisfies, but does not reduce, its excise tax liability. The court was not swayed by the Taxpayer’s argument that in order to treat the portion of the mixture credit offsetting a taxpayer’s excise tax liability under section 6426 consistently with the non-taxable portion paid to a taxpayer under section 6427(e), a taxpayer should not have to reduce its COGS by the amount of the section 6426 credit. The court recognized that a reduction in COGS has the effect of increasing the taxpayer’s gross income but concluded that such effect is an indirect consequence of the taxpayer’s reduced excise tax liability and is not equivalent to including the section 6426 credit amount in gross income.

This issue continues to be litigated in the courts:

Taxpayers who claim an alternative fuel credit or a biodiesel mixture credit for B 99.9 blends under section 6427 can still receive the tax-free payment of the credit if they have no fuel excise tax liability to offset the credit.

This article was written by Deborah Gordon, Eugene Boakye and originally appeared on 2022-04-27.
2022 RSM US LLP. All rights reserved.
https://rsmus.com/insights/tax-alerts/2022/court-held-fuel-mixture-credit-reduces-excise-tax-liability.html