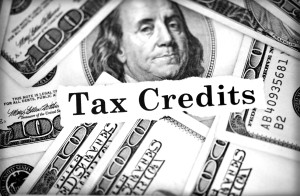 By the close of the 2015 Louisiana regular legislative session, broad-reaching legislation was passed that will affect many Louisiana taxpayers. Now that this legislation has been signed by Governor Jindal, many of these changes require immediate attention as their effective date is July 1, 2015. The following highlights some of the major bills that may impact you.

House Bill 402: Credits for Taxes Paid
House Bill 402 passed by the Louisiana Legislature makes some significant changes to the income tax credit for taxes paid to another state. The prior law provided for an income tax credit equal to the amount of income taxes paid for the same period in another state on income that is also subject to Louisiana taxes. The new law adds a requirement that, in order for the taxes paid in another state to be eligible for a credit, the state in which the taxes were paid must also provide a credit to its residents for taxes paid in Louisiana. While most states do provide for this credit, it is important to note that Texas does not.

HB 402 also limits the credit to an amount equal to the lesser of either the taxes actually paid in the other state or the amount of Louisiana income tax that would have been imposed if the income giving rise to the credit had been earned in Louisiana.

These provisions are applicable to any return filed after July 1, 2015. However, for any returns that were timely extended and filed after the effective date, the taxpayer may recoup the denied amount and apply the credit to her/his 2017, 2018, and 2019 period returns in one-third increments. Thus, if this person has extended her/his 2014 return, files after July 1, 2015, and pays $300 in taxes to Texas, she/he will not receive a credit for the 2014 taxes. Instead, that taxpayer will get a $100 credit for the 2017, 2018, and 2019 tax periods. This scenario would apply not just to taxes paid to Texas but taxes paid to any state that does not allow a credit for taxes paid to Louisiana.

The new legislation limits the amount of net operating loss that can be used in a taxable year to 72 percent of the loss. This bill also affects oil and gas depletion and other deductions. HB 624 is effective for all returns filed after July 1, 2015.

Again, however, for extended returns filed after July 1, 2015, the bill allows any portion of an exclusion or deduction disallowed to be allowed as an exclusion or a deduction in the amount of one-third of the disallowed portion of the exclusion or deduction on the taxpayer’s return for each of the taxable years beginning during calendar years 2017, 2018, and 2019. Thus, if taxpayer has a $100 net operating loss and $100 of taxable income, the taxpayer may only use $72 of the net operating loss to offset the $100 of income, and the remaining $28 will be spread out equally in the 2017, 2018, and 2019 tax periods.

House Bill 629: Limitation on Credits
House Bill 629 limits certain income and corporate franchise tax credits by 28 percent. HB 629 is effective as of July 1, 2015; but the provisions will not apply to an amended return filed after July 1, 2015, that relates to a return filed before July 1, 2015. Also, for a taxpayer who has extended his return for the 2014 period and files the return after July 1, 2015, that taxpayer may apply the amount denied against his income for the 2017, 2018, and 2019 tax period in equal proportions.

House Bill 805: Inventory Tax Credit
House Bill 805 modifies prior law relating to the inventory tax credit. Prior to this bill, taxpayers could take a credit against their Louisiana income taxes equal to the amount of inventory taxes they paid, with any excess credit being fully refundable. Under the new law, only 75 percent of such excess is refundable. The remaining 25 percent will be carried forward into the next five years. The bill is effective for all returns filed after July 1, 2015. However, the bill will not apply to amended tax returns filed after July 1, 2015 that relate to a tax return filed before July 1, 2015. Thus, if a taxpayer has yet to file his/her 2014 tax period return and that taxpayer has a sizeable amount of inventory taxes paid, it may be prudent for that taxpayer to expedite the filing of his/her return so that it is filed before July 1, 2015.

To learn more about this or any other issues related to this recent Louisiana tax legislation, contact LaPorte CPAs & Business Advisors Tax Director Micah Stewart at mstewart@laporte.com.