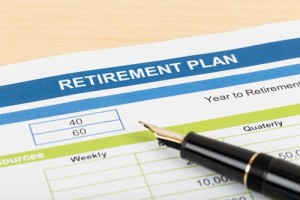 The laws and regulations that govern retirement plans change frequently. As a result, employers must routinely make adjustments to their defined contribution retirement plans, including 401(k), profit sharing and money purchase plans, in order to stay in compliance with the IRS.

While minor adjustments are often made to plans through addendums, the IRS requires a more complex revision process, known as restatement, every six years. For employers using pre-approved plans, those obtained through a financial institution, advisor or similar provider, the plan must be updated before April 30, 2016, in order to comply with the Pension Protection Act of 2006 and other required amendments. If you or your company are offering a qualified retirement plan, it’s imperative to get your documents reinstated before this deadline.

Understanding the approval process
Qualified retirement plans must have a written plan document that can be reviewed by the IRS and the U.S. Department of Labor in the event of an audit. Whenever laws governing retirement plans change, these written documents must be updated to come into compliance with the new legislation. In the case of pre-approved plans, which include volume-submitter plans and prototype plans, the document provider, known as the plan sponsor, will submit an updated version of the plan to the IRS for review. The IRS will issue a formal document, known as a determination letter, stating the retirement plan is in accordance with applicable laws.

“Qualified retirement plans must have a written plan document that can be reviewed by the IRS.”

Most employers will not need to apply for a separate determination letter for pre-approved plans. The IRS has already issued the majority of advisory and opinion letters to sponsors of these plans on March 31, 2014. Employers will be able to come into compliance with IRS regulations by adopting the provisions of the IRS letter without modification by or before April 30, 2016.

While undergoing the process for restating the updated retirement plan, employers should also consider any changes they would like to make to the document in order to better suit the needs of their individual company. For example, the employer may wish to make modifications to the amount of tenure an employee must achieve before being eligible to participate in the plan.

Meeting the deadline
Because so many employees depend on their retirement plans to provide for their financial security later in life, the IRS and DOL are strict in enforcing accordance with current legislation. Employers who fail to update their plans before the April 30, 2016, deadline could face significant penalties and see their plans disqualified. If the deadline is missed, employers would be forced to pay IRS sanctions before having the plan updated and reinstated.

In order to avoid the costly and inconvenient prospect of missing this important deadline, employers should begin the reinstatement process now. Benefit professionals with questions on how to complete a required Pension Plan Act of 2006 restatement no later than April 30, 2016, should contact LaPorte employee benefit plan audit services professionals for more information.