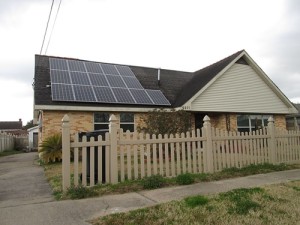 Major changes were recently enacted for the individual and corporate income tax qualifications for the Louisiana Solar Energy credit. While there are still stipulations all parties should be aware of, the adjustments will most immediately affect systems that were or will be installed in 2014 and beyond. These changes come on the heels of recent pushes to make wind energy systems more affordable, as well, though the Louisiana market for wind-energy generation has proven to be less viable so far.

According to the Louisiana Department of Revenue, Act No. 428 of the 2013 state legislature’s regular session resulted in a variety of amendments to the tax credits provided by Louisiana R.S. 47:6030. Representatives have moved to essentially limit the type of systems that now qualify for the credit. Only solar electric and solar thermal systems – or some combination of the two – are still eligible, while the legislation also repealed the tax credit for installations in residential rental apartment complexes. Going forward, only “single-family detached dwellings” are eligible for such provisions, with wind systems being another notable new exclusion.

No longer applicable in the same sense
The primary argument from state legislators who set in motion plans to phase out these credits last spring and summer was that wind and solar energy systems have become more affordable. With the overall costs for such systems becoming incrementally reduced, House Bill 705 has lost much of its original incentive. Furthermore, according to The New Orleans Times-Picayune, the market for wind generators is limited in Louisiana, where the terrain is mostly flat and the state’s power companies have become increasingly skeptical of its benefits, at least locally.

“[Wind and energy] systems will become more affordable over time,” Rep. Erich Ponti, R-Baton Rouge, told a State House committee last year. “And therefore the discount, or the rebate reduction, won’t really be realized because the cost of systems are really coming down as more people put them in.”

Citing the industry’s willingness to work with legislators, Ponti also noted that the need to include the Department of Natural Resources in any tax credit language was also gone. As a result, the rollback is in effect, with the apparent input – and consent – of clean-energy industry representatives.

Further restrictions will apply over the next few years, including one that limits each residence to one credit per purchase and installation, including those systems for which a credit may have been claimed prior to July 1, 2013. In other words, there will be no capitalizing on the revised terms of the credit availability if a system is already in place on a given property.

Leased energy systems will also be subject to newly imposed criteria. Most of these were devised in the interest of more accurately determining the amount of credit for which a given system is eligible. Those purchased and installed on or after July 1, 2013, and before July 1, 2014, are not eligible if they cost more than $4.50 per watt or provide more than six kilowatts of energy. For systems that will be purchased and installed between July 1, 2014, and July 1, 2015, the former figure is reduced to $3.50 per watt. And lastly, those that go into effect between July 1, 2015, and January 1, 2018, cannot cost more than $2 per watt if the owners seek to retain eligibility.

For more information or assistance in determining how these changes impact you or your businesses, contact a LaPorte professional.