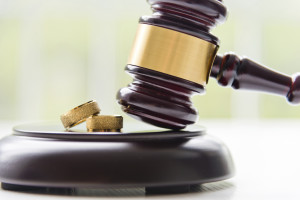 The U.S. Supreme Court ruled 5-4 on Friday, June 26, 2015, that it is legal for all Americans, no matter their gender or sexual orientation, to marry. The justices found that, under the 14th Amendment, states must issue marriage licenses to same-sex couples and recognize same-sex unions that have been legally performed in other states.  While the ruling does not address the validity of state marriage bans, many experts believe that this ruling will require states to invalidate such bans prohibiting gay and lesbian couples from marrying.  The tax effects of this ruling are quite broad, but the two biggest areas of change are in individual income tax and estate planning.  From an individual income tax perspective, gay and lesbian married couples will now have the opportunity to file their tax returns as “married filing jointly” at both the federal and state level.  From an estate planning perspective, gay and lesbian married couples will be able to utilize various estate planning tools that had not been available.  For example, from a federal estate tax perspective, these married couples will be able to make a Qualified Terminable Interest Property (QTIP) election which essentially lets the survivor decide how much (if any) of the deceased spouse’s property should be held in trust to maximize estate tax savings – a very useful tool.  From a state estate planning perspective, spouses should be afforded all rights of a surviving spouse under state succession laws.  Please note that there is no guidance from Louisiana or Texas governments on this issue as of today. We will continue to monitor the issue and release any information as it comes available.