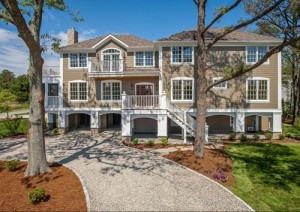 President Barack Obama’s 2015 budget proposal includes outlays of $250 billion more than the previous year’s, with approximately one-third of that spending earmarked for discretionary purposes. As far as the real estate industry is concerned, however, the section of the proposal pertaining to capital gains taxes is drawing the most attention.

Under the current terms of Tax Code Section 1031, when a capital asset such as a piece of real estate is sold or exchanged, the seller typically recognizes a gain on the sale of the asset. Taxpayers are, however, allowed to exchange like-kind property without recognizing such a gain or loss, instead opting for a deferral until a later date. And, in the event that a seller continues to exchange the property, the gain may be deferred for a significant period of time.

The “Opportunity for All” budget, as it has been dubbed, seeks to limit the amount of capital gains that may be deferred under Section 1031 from the exchange of real property to $1 million – a move that would have a significant effect on the many industry investors who frequently employ this method of property exchange. Given the level of investor influence that has been present in – and in many ways, helped sustain – the real estate market during its recovery, it’s no surprise that this portion of the budget proposal is cause for concern to some.

Implications for real estate investors
Aside from the general theme of investor involvement in real estate, the shifting nature of the U.S. tax code has made the like-kind exchange increasingly important for any investor.. As tax rates of all types – for capital gains and otherwise – continue to climb and measures such as the Net Investment Income Tax are implemented, 1031 exchanges figure to become that much more vital to real estate investors. Real estate investors’ ability to make multiple exchanges for similar properties, essentially deferring those gains for decades at a time, could be compromised if such adjustments are implemented. There’s also the issue of defining “like-kind,” which can lead to discrepancies with the IRS and create a number of gray areas during transfers and exchanges.

For now, real estate investors will closely monitor the possibility of any repeal of like-kind exchanges, along with the other proposed tax code changes contained in the budget proposal. The ramifications are significant for all participants, and by proxy, the market as a whole. Businesses and taxpayers seeking further information on how such changes could conceivably impact them can contact a LaPorte services professional to find out more.