Taxes and the Inflation Reduction Act: What middle market businesses should know 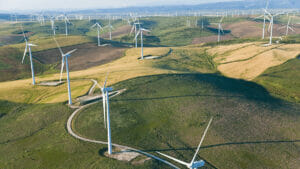 
Tax increases and IRS funding commitments in the Inflation Reduction Act of 2022 are intended to affect larger corporations and high-income individuals. However, middle market businesses and their owners who understand how they might be affected can position themselves to take advantage of new credits and incentives, avoid unpleasant income tax surprises, and minimize IRS scrutiny.

Here are five things midsize companies should know about the tax components of the Inflation Reduction Act:

1. Nuances in the provisions of two tax increases could effectively broaden the reach of each.

The new corporate alternative minimum tax features a lower threshold for some U.S. corporations than others. A crucial distinction is whether the corporation is a member of a foreign-parented multinational group, as opposed to a corporation controlled by a U.S.-based parent.

However, the threshold is only $100 million for certain U.S. corporations that are members of a foreign-parented multinational group, provided the multinational group meets the $1 billion threshold. Various aggregation rules that factor into the income test also affect the applicability of the tax.

2. Unprecedented funding levels for the IRS heighten the importance of audit readiness.

The act commits $80 billion to the IRS, $45.6 billion of which is earmarked for enforcement activity. It will take time, of course, for the agency to operationalize that allocation. However, given the impending increase in examinations, businesses that work closely with a tax advisor to document their tax positions and processes and maintain accurate records will improve their ability to withstand IRS scrutiny.

IRS Commissioner Charles Rettig wrote a letter to members of the Senate on Aug. 4, saying this influx of resources “will get us back to historical norms in areas of challenge for the agency—large corporate and global high-net-worth taxpayers—as well as new areas like pass-through entities and multinational taxpayers with international tax issues.”

Taxpayers in those categories should be aware that the IRS, in the commissioner’s words, is building “sophisticated, specialized teams … that are able to unpack complex structures and identify noncompliance.”

A procedural matter in the Senate resulted in removal from the legislation of language specifying that provisions are not intended to increase taxes on any individuals or small businesses with taxable income of less than $400,000 or increase taxes on taxpayers outside the top 1% of earners.

However, Rettig’s letter reiterated that the IRS would adhere to those conditions: “These resources are absolutely not about increasing audit scrutiny on small businesses or middle-income Americans,” he wrote. “As we’ve been planning, our investment of these enforcement resources is designed around the Department of the Treasury’s directive that audit rates will not rise relative to recent years for households making under $400,000.”

In addition to funding enforcement activity, the act commits $3.2 billion to taxpayer services and $25.3 billion for operations support.

“We’re hopeful that is going to improve taxpayer service, and with improved service comes more compliant taxpayers because their questions are being answered,” said Patti Burquest, a partner and senior leader on the tax controversy team in RSM’s Washington National Tax practice.

The act contains 29 separate energy- and climate-related provisions that amount to the largest source of spending at $271 billion. As they are structured to strengthen the nation’s energy security, businesses that invest in clean energy projects may be eligible for tax credits, lower energy costs, and improved environmental, social and governance scores.

As a policy decision to create new and higher-paying jobs in the clean energy sector, some of the provisions incentivize the building of new manufacturing facilities for production of materials such as solar panels and wind turbines. Also, many of the credits tie higher credit rates to paying workers a prevailing wage and creating apprenticeship opportunities. Additionally, increased credit rates may apply for using American steel, iron and other "domestic content” in these projects.

Although there is a need for additional guidance with respect to the new provisions, businesses already recognize incentives and opportunities presented by the legislation. In fact, when attendees of RSM’s Aug. 11 tax policy webcast were asked whether they plan to invest in renewable energy in the next five years, a combined 45.3% said they either have projects planned, are very likely to invest or are considering the possibilities.

Completion of the budget reconciliation process shifts the focus of federal tax policy toward a possible extenders package in a lame-duck session of Congress following the midterm elections.

Under consideration are certain provisions of the Tax Cuts and Jobs Act that, as of Jan. 1, 2022, are affecting taxpayers differently than they did in the years immediately following enactment. These include the tax treatment of research and development expenses and business interest expense.

“There will be discussion about whether to take those two provisions back to their pre-2022 form,” said Dave Kautter, RSM federal specialty tax leader, referring to sections 174 and 163(j).

Lawmakers also are considering extending some expired provisions in the American Rescue Plan, the most notable of which may be the child tax credit. Other candidates for an extenders package include miscellaneous provisions that Congress traditionally extends, such as state low-income housing tax credits and the health coverage tax credit.

More broadly, given how congressional negotiations about an economic, social, climate and tax package oscillated over the last year and a half, businesses may be as interested in the tax proposals kept out of the final legislation as they are in the enacted changes.

That long list includes several proposals that made headlines, including increasing the corporate tax rate, modifications to carried interest provisions and a proposed increase in top capital gains tax rates.

5. Whether the package will substantially reduce inflation for businesses in the short term is in question.

As many middle market businesses seek immediate relief from inflation strains, analysis by the nonpartisan Congressional Budget Office suggests that any meaningful macroeconomic price reductions would occur over a longer period.

CBO Director Phillip Swagel on Aug. 4 wrote that enacting the bill would have a “negligible” effect on inflation in 2022, and that the effect in 2023 would be plus or minus 0.1 of a percentage point. He applied that range to multiple measures of inflation, including the GDP price index and the personal consumption expenditures price index.

Swagel’s commentary addresses macroeconomic inflation as a complex function of numerous independent and dependent factors, while recognizing how elements of the legislation could provide timely financial support to individuals—for example, in the form of enhanced health care subsidies.

Given that current high inflation rates are partly the product of global supply and energy shocks, the act could help alleviate inflationary pressures to the extent that clean energy provisions succeed in their design to reduce American dependence on foreign oil and increase Americans’ use of renewable energy. Also, the act is structured to reduce the federal deficit by more than $300 billion over the 10-year budget window. Of course, those are longer-term outcomes.

Middle market businesses can work with their tax advisor to translate what the tax components of the Inflation Reduction Act of 2022 mean for them and to sharpen their tax policy focus on a possible extenders package in the final weeks of 2022.

Given the Jan. 1, 2023, effective date for several of the tax provisions in this legislation, businesses should act now to take advantage of the new credits and incentives that are effective immediately, while implementing a plan to deal with provisions that have deferred effective dates. That approach will allow them to avoid unpleasant income tax surprises that could result from new laws and minimize the likelihood of IRS scrutiny.

This article was written by Deborah Gordon, Dave Kautter and originally appeared on 2022-08-25.
2022 RSM US LLP. All rights reserved.
https://rsmus.com/insights/services/business-tax/taxes-inflation-reduction-act-middle-market-business-should-know.html