PPP borrowers may need to extend returns and forgiveness applications 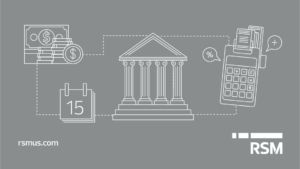 Most PPP borrowers by now have seen the IRS guidance reinforcing the stated position that expenses paid with PPP funds are not deductible federal income tax expenses. The guidance, which had been anticipated, places PPP borrowers in an unfortunate position with respect to tax year-end planning. Many borrowers were taken by surprise when Treasury and the IRS stated their position was to deny a tax double-benefit and were taken by surprise again when Treasury and the IRS stated the expenses were to be disallowed prior to the point at which a borrower obtains loan forgiveness. Even more surprising to some PPP borrowers is that the IRS did not distinguish between various loan sizes, especially since borrowers with loans of $2 million or more (including affiliate loans) are subject to additional SBA scrutiny prior to loan forgiveness.

Some members of Congress have disagreed with the initial IRS guidance on PPP deductibility and continue to disagree with the most recent guidance on the timing of PPP deductibility, stating that Treasury “missed the mark” on the most recent guidance. Similar to the “retail glitch” fix to allow accelerated expensing for certain interior improvements, the response of Treasury and the IRS indicates the issue needs Congressional resolution.

On that matter, there is proposed legislation to make PPP expenses fully deductible. The AICPA has put out a call for action by its members to contact their representative or senators to include PPP deductibility in year-end legislation. Whether such legislation will be passed is up in the air at this point, leaving borrowers to again deal with PPP uncertainty.

From questions on how to compute payroll, deal with the economic uncertainty representation, wait for a loan forgiveness portal to open or interpret the SBA loan necessity questionnaire, PPP borrowers expected a few bumps in the road. The latest bump in the road, however, concerns quarterly tax payments as opposed to compliance or interpretation of the PPP, leaving borrowers wondering how to approach the latest IRS guidance.

Calendar year PPP borrowers can take a few approaches to the IRS timing guidance. First, the borrower may strictly follow the guidance, pay in additional cash tax estimates, disallow the deductions and timely file their return on the original (without extension) due date. This approach may be the most expedient, but the likelihood of a Congressional fix may leave these borrowers in the unwelcome position of having to amend a return to claim the deductions.

Another approach is to extend the tax return, pay in the tax estimates based on disallowed deductions and take a wait and see approach to see what Congress does. This approach provides time, but not every taxpayer desires to float the cash taxes due on PPP expenses.

Yet another approach is to extend the tax return and delay the payment of tax on PPP expenses in the anticipation that Congress will enact legislation to fix the nondeductibility issue by the time the borrower files the extended tax return. This approach comes with the risk of underpayment penalties if there is no legislative fix.

We recommend that PPP borrowers discuss each approach with their tax advisors to model out the lack of PPP deductibility, the cash tax impact and the potential underpayment penalties or interest that may arise should Congress not retroactively fix this known issue with PPP.

Many fiscal year PPP borrowers have a straddle period during the covered loan forgiveness period. For example, consider a fiscal year taxpayer with a tax year-end of June 30, 2020. The taxpayer obtained a PPP loan, which was disbursed on April 17, 2020. The borrower elected the 24-week covered period, which ended on Oct. 2, 2020. In preparing its PPP Loan Forgiveness Application, the borrower notes it has enough expenses in its tax year beginning July 1, 2020 eligible for the full amount of PPP forgiveness, but only a partial amount paid or incurred in the tax year ending June 30, 2020.

For these fiscal year PPP borrowers with a covered period straddle, it is not quite clear how to allocate the disallowed deductions. A supportable option may be to follow a ‘first-in, first-out’ methodology. Under this methodology, a borrower would first disallow the earlier expenses and disallow in the order paid or incurred.  Another supportable position is to follow the expenditures provided on the loan forgiveness application. This raises a potential planning opportunity for fiscal year borrowers, as a borrower may be able to request loan forgiveness only for expenses paid or incurred in its second tax year. This is somewhat uncertain, though, as the instructions to the PPP Loan Forgiveness Application tell borrowers to list the total payroll costs paid or incurred during the covered period or alternative covered period. Further, lenders are instructed that they only need to review costs up to the amount required to reach the requested loan forgiveness amount. Borrowers wishing to ‘pick and choose’ payroll costs should consult with the lender on the ability to do so.

Treasury and the IRS appear to be dug into their stated nondeductible position for PPP expenses, but the deduction hope is not lost. Legislation in Congress, if passed, would make these expenses expressly deductible for PPP taxpayers. However, such legislation may not be passed before the end of the year, and with a new administration starting on Jan. 20, 2021, any legislative fix may be months away. It then makes sense for many PPP borrowers to extend their income tax returns until the extended due date to avoid amending or re-filing returns to claim the PPP deduction.

PPP in change of ownership transactions

The recent IRS guidance also makes the treatment of PPP expenses in change in ownership transactions more clear. Prior to the IRS guidance, PPP borrowers were uncertain as to how to claim, or not claim deductions and how to account for the potential loss of deduction in the transaction. PPP borrowers contemplating transactions should now ensure how to account for ‘missed’ deductions should Congress pass legislation to correct the nondeductibility issue.

Some PPP borrowers have also started to receive the PPP loan necessity questionnaire. This questionnaire creates confusion for borrowers with respect to the purpose of the form. Industry groups, such as the AICPA, American Hotel and Lodge Association, the National Restaurant Associatio, and the U.S. Chamber of Commerce have commented that this questionnaire does not strike the right balance between oversight of the PPP loan program and the original intent of PPP.

All said, PPP continues to surprise borrowers and create additional, perhaps unforeseen, consequences to PPP borrowers. The recent round of IRS guidance leaves borrowers frustrated with the ancillary impacts of PPP and hoping Congress will come forward with a fix.