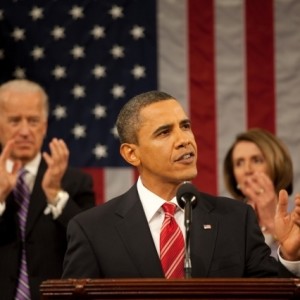 Although President Barack Obama made many promises in his State of the Union address on Jan. 28, one of the key points was the mention of tax reform.

The president mentioned some employers’ assertions that they would increase hiring in 2014 as well as intentions for insourcing a sizeable amount of labor. While tax reform has long been called for by businesses, tax services professionals and individual taxpayers, Obama’s speech targeted corrections to the U.S. tax code to offer more breaks for corporations. The expected result is an increase in domestic employment.

“Both Democrats and Republicans have argued that our tax code is riddled with wasteful, complicated loopholes that punish businesses investing here and reward companies that keep profits abroad,” Obama said. “Let’s flip that equation. Let’s work together to close those loopholes, end those incentives to ship jobs overseas, and lower tax rates for businesses that create jobs right here at home.”

Differing opinions
Despite the president’s assurance that both political parties are interested in tax reform, the parties have not agreed on where tax breaks should be directed. In the past, Democrats have not been as fond of cutting corporate taxes as their Republican counterparts, but the parties seemed to switch sides back in July 2013 when the president first mentioned his proposals.

Sen. Harry Reid, D-Nev., had stated in July that Republicans reneged only as a means of opposing the president, especially given that the party had long advocated a balanced reform approach that aided workers through tax breaks granted to corporations.

Next steps for corporations
No matter the direction of reform, businesses and corporations should prepare for some changes, although they are unlikely to happen before the end of 2014.

The tax consultants at LaPorte can help you stay abreast of tax reforms coming from Capitol Hill as well as work with you to develop strategies once changes are announced. Although the president’s proposals have some hurdles to leap before they create legislative changes, they may indicate a first step in the changing tax climate of the U.S.