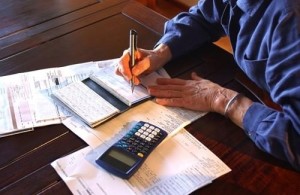 Taxpayers who haven’t been meeting all of their state tax reporting obligations have an option if they want a chance to lessen the penalties they may incur.

The Multistate Tax Commission created the Multistate Voluntary Disclosure Program, which allows non-filers to reveal information about their unpaid taxes before states get wind of their habits. Instead of awaiting amnesty from each of the states where taxes – including income and sales and use taxes – are owed, risking a more extensive Lookback Period and incurring more substantial penalties, these taxpayers can reduce their liability.

How MTC voluntary disclosure works
This free program can be beneficial for individuals who may not have kept up annual meetings with a tax services provider. Under the MTC voluntary disclosure program, non-filers can negotiate a settlement to pay back taxes owed to multiple states. The terms of these settlements are favorable, as participants are allowed to pay their debt through a single point of contact rather than having to set up procedures for each state.

While there may be some variation between certain details of the process for each participant, the program has two core terms that apply for all taxpayers:

The length of the Lookback Period varies by state, but three to four years is typical.

A confidential process
For the negotiation and disclosure processes involved in the MTC voluntary disclosure program, taxpayer information remains confidential. States only become aware of a participant’s identity after the necessary registration forms and signed agreements have been submitted to the state via the Nexus Program office.

Additionally, the commission mostly communicates via telephone or email, and any electronic communications – whether originating from states or the MTC – containing confidential taxpayer information are encrypted to prevent unauthorized access. If an accidental disclosure were to occur, the MTC and member states of the Nexus Program would be prohibited from using a participant’s information.

Getting more information
Taxpayers who seek more details about the MTC voluntary disclosure program can visit www.mtc.gov, email the Nexus Program at nexus@mtc.gov or visit the participating states’ websites. The District of Columbia and most states participate in the program, with the exception of: