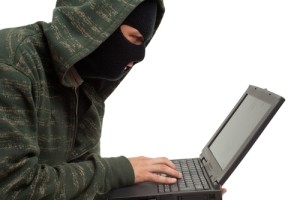 The IRS ranks identity theft and refund fraud at the top of their list of tax crimes to prevent.

The agency has many systems in place to curb both of these issues so that Americans can have a more secure tax reporting experience. Additionally, the IRS has recently expanded its efforts for the 2014 tax season. Currently, more than 3,000 employees at the agency are specifically devoted to tax identity theft prevention and more than 35,000 IRS employees who work with taxpayers receive training from the IRS to provide secure services.

Through these combined fronts, the agency can target thieves, develop new systems to prevent future incidents and provide support to victims of taxpayer identity theft and refund fraud.

Claims backed by results
The IRS does more than purport that it can go toe to toe with identity thieves. Between 2011 and November 2013, the agency was able to put the brakes on 14.6 million suspicious returns and prevent fraudulent refunds with an aggregate value of more than $50 billion.

During fiscal year 2013, the agency began work on 1,492 identity theft-related criminal investigations. This was a 66 percent increase compared to the previous fiscal year, and indictments and sentencing doubled year over year in 2013. In 2014 the agency has widened its system for filtering out fraudulent returns before they are processed and a refund is issued.

Sweeping arm of the law
The agency’s reach has further expanded through the growth of the Law Enforcement Assistance Program, which allows state and local law enforcement agencies to access the tax information of known and suspected identity theft victims – with the victims’ expressed written consent – to aid in the investigation. The IRS currently has 300 state and local law enforcement agencies across 35 states enrolled in the program.

In addition to the Law Enforcement Assistance Program, the agency relies on the combined efforts of the Identity Theft Clearinghouse and the Criminal Investigation Field Offices to spot identity theft-related leads, which can help target fraudulent returns.

Peace of mind for victims
While the IRS is continually evolving its systems for preventing identity theft, there are still taxpayers who are targeted by thieves constantly devising new means of stealing personal information. The agency works to quickly resolve open cases and has information and programs to help victims keep their personal data secure in the future.

Among those efforts is the creation of the IRS Identity Protection PIN (IP PIN) system. Victims are issued a six-digit PIN each year as a means of ensuring they are the person filing their returns. The agency predicts it will issue 1.2 million IP PINs this year, nearly double the figure for the previous year.

Taxpayers can also receive support from the agency’s expanding pool of employees devoted to victim case resolution. These cases usually span several tax years and are difficult to resolve. Although it typically takes 180 days to resolve a case, the IRS is working to reduce that time and give taxpayers peace of mind.