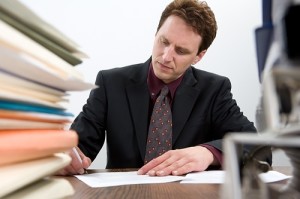 The IRS has already received a third of the individual tax returns it expects to process in 2014, just three weeks after the start of the tax season.

Despite a two week delay – the agency began accepting returns on January 31 due to the partial government shutdown in October 2013 – and reminders from IRS Commissioner John Koskinen that operations at the agency would be strained, processing has not seen any setbacks. The IRS had received 49.6 million returns through Feb. 27, and nearly 98 percent of those returns had been processed. Compared to last year’s tax season, the agency has processed a higher percentage of returns per week.

There has also been an uptick in the number of electronically filed returns, with 46.6 million returns submitted via an e-file system through the first month. The figure already represented a 1 percent increase compared to the previous year. Many Americans are e-filing personally, as 22 million returns were submitted from a home computer, a 7 percent gain year over year. With the agency pushing for all returns to be completed electronically, the recent figures show that the IRS is on pace to achieve its goal.

In addition to an increase in the number of returns that have been e-filed, more Americans have taken advantage of direct deposit to receive their refund. So far, more than 40 million tax refunds have been issued this year – a 6 percent year-over-year increase – and nearly 90 percent of those refunds, or 36 million, were issued via direct deposit. In 2013, only 35 million refunds were issued through direct deposit at this point, indicating that taxpayers are opting for a more streamlined return process.