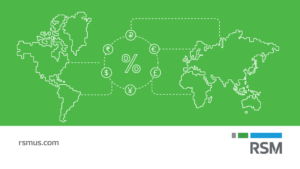 The IRS and Treasury issued final and temporary regulations under section 864(c)(8) on Sept. 22, 2020 (see T.D. 9919, RIN: 1545-BO86).  The final regulations provide clarification and more taxpayer friendly guidance to foreign investors determining gain or loss on the sale or exchange of partnership interests treated as effectively connected to a trade or business within the United States. Section 864(c)(8) was enacted by the Tax Cuts and Jobs Act (P.L. 115-97) and provides, in relevant part, that gain or loss derived by a non-U.S. person on the sale or exchange of an interest in a partnership engaged in a U.S. trade or business is generally treated as effectively connected income and is therefore subject to U.S. tax.  The final regulations apply to sales or exchanges made on or after Dec. 26, 2018 and include rules to coordinate section 864(c)(8) with other relevant sections of the Internal Revenue Code (the code).  Further, while not subject to the final regulations, transfers occurring on or after Nov. 27, 2017, but before Dec. 26, 2018, are also subject to section 864(c)(8).

The final regulations under section 864(c)(8) retain the basic framework of the Proposed Regulations issued in December 2018 (REG-113604-18)  for determining effectively connected gain or loss and have maintained several of the initial provisions included in proposed regulation section 1.864(c)(8)-1(c)(2)(i).  However, in response to comments from industry on the Proposed Regulations, the Final Regulations provide additional rules (under §1.864(c)(8)-1(c)(2)(ii)(B)-(E)) for sourcing gain or loss on specific assets that could be particularly difficult to source and also provide better clarity on how section 864(c)(8) interplays with US income tax treaties. The final regulations also provide several circumstances where income may not be considered ECI, including provisions surrounding inventory, intangibles, and depreciable personal property, along with a 10-year exception that could be favorable to taxpayers.

Section 864(c)(8) was enacted in 2017 by the Tax Cuts and Jobs Act.  The Proposed Regulations under section 864(c)(8) (REG-113604-18) were published in response to the U.S. Tax Court’s rejection of IRS Revenue Ruling 91-32 in Grecian Magnesite Mining, Indus. & Shipping Co. v. Commissioner,  149 T.C. 63 (2017).  The TCJA provisions generally overturned the result of Grecian where the court had sided with the taxpayer and treated a foreign partner’s redemption of a partnership interest as a single asset that was foreign-source gain.  The provisions added section 864(c)(8) to the code and treats gain on the sale of a foreign partner’s interest as effectively connected to a U.S. trade or business to the same extent as the gain or loss on the sale of the partnership’s assets at fair market value.

Under the Final Regulations, section 864(c)(8) applies to foreign partners of partnerships engaged in a U.S. trade or business.  Section 864(c)(8) determines when foreign partners have effectively connected income (“ECI”) to the extent that the transferor would have had effectively connected gain or loss if the partnership had sold all of its assets at fair market value as of the date of the sale or exchange (“deemed sale”).  If the foreign partner is determined to have ECI gain under §864(c)(8), then this income (i.e., the amount realized) is subject to withholding under section 1446(f) of the code at a rate of 10% as discussed below.

On Oct. 7, 2020, the IRS published final regulations under section 1446(f) (see (REG-105476-18).  These rules were enacted as part of the TCJA and generally require a transferee, in connection with the disposition of a partnership interest by a non-U.S. person, to withhold and remit 10% of the amount realized by the transferor if any portion of any gain realized by the transferor on the disposition would be treated under section 864(c)(8) as effectively connected with the conduct of a trade or business in the United States.  The final section 1446(f) regulations explain how to apply the 10% withholding to foreign partners when the gain on the disposition results in ECI as determined under section 864(c)(8).1  A more detailed discussion of final regulations under section 1446(f) is beyond the scope of this alert, but will be covered in a separate article to be published shortly.

Clarification of Rules for Deemed Sales

The Proposed Regulations under section 864(c)(8) created a structure for determining the deemed sale on effectively connected gain or loss through a three step process.  Step one of this process involved determining the amount of gain or loss from each partnership asset as if the partnership conducted a deemed sale of all of its assets on the date of transfer.  Step two determined the amount of the deemed sale gain or loss that would be treated as effectively connected gain or loss with respect to each asset, and step three determines the foreign transferor’s distributive share of the deemed sale effectively connected gain or loss amounts. Recognizably, Step two in the process described above is particularly challenging since it required an analysis of the source of income.  Source of income analysis is typically based on facts and circumstances; however, determining facts and circumstances on a deemed sale proved to be challenging since the sale never actually took place.  As such, the Proposed Regulations provided a simplified set of rules to determine the source of income under section1.864(c)(8)-1(c)(2)(i).

The Proposed Regulations treated all deemed sale gain and loss of the partnership as U.S. source income unless, during the ten-year period ending on the date of transfer, the partnership asset in question produced no income or gain that was ECI and had not been used, or held for use, in the conduct of a U.S. trade or business by the partnership (“the Lookback Exception”). The final regulations:

Governing rules under final section 864(c)(8) regulations are complex and special care should be taken to understand both the benefits and collateral consequences that can arise from their application.  For assistance with evaluating the implications of these rules or to learn more about RSM’s services, please contact a member of our International Tax team or refer to our website.


This article was written by Aureon Herron-Hinds, Jamison Sites and originally appeared on 2020-11-06.
2020 RSM US LLP. All rights reserved.
https://rsmus.com/what-we-do/services/tax/international-tax-planning/global-information-reporting/irs-issues-final-regulations-under-section-864-c-8-for-sales-of.html