IRS confirms that pass-throughs not subject to SALT deduction limit 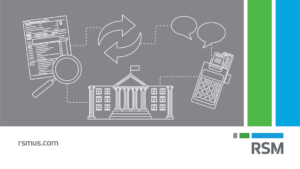 On November 9, the government announced in Notice 2020-75 its plan to issue proposed regulations that confirm that certain entity-level taxes imposed on pass-through entities are not subject to the $10,000 SALT limit of their owners. The limit was imposed by the 2017 Tax Cuts and Jobs Act.

Normally, taxes paid by pass-through entities (partnerships and S corporations) that are treated as paid on behalf of their owners (partners and shareholders) must be separately stated. Their deductibility is then determined at the partner or shareholder level. Such taxes include, but are not limited to; nonresident tax withholding, composite tax payments and taxes paid or accrued to foreign countries or U.S. territories.

A number of states already impose entity-level taxes on pass-through entities. These taxes can range from franchise, gross receipts and income. The District of Columbia, New York City, Ohio, Tennessee, Texas and Washington, to name a few, all impose some type of entity-level tax. However, more recently states such as Connecticut and New Jersey have been searching for workarounds to the SALT limit. The IRS issued guidance relating to tax payments as charitable contributions (see our previous alert). The IRS had remained silent on a strategy developed by some states to impose entity-level taxes on pass-through entities.

The Notice confirms the viability of this approach and is a win for states and owners of pass-through entities that are subject to income taxes in those states. With a potential green light from the government, more states are likely to pursue and implement similar strategies.

These forthcoming regulations will apply to payments made on or after Nov. 9, 2020. However, the proposed regulations will allow affected taxpayers to apply these rules to payments made in taxable years of pass-through entities ending after Dec. 31, 2017, and made before Nov. 9, 2020, assuming that the states in which they operate had already implemented this strategy into law.

Middle market taxpayers will likely welcome this certainty as many of their businesses are formed as pass-through entities. However, taxpayers should consult their tax advisers to determine whether any particular tax will be covered by this policy. Taxpayers may also want to keep an eye out as developments occur at the state and local level, as well as the national level.