How will President-elect Trump’s tax plan affect individuals and businesses? 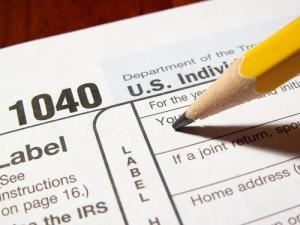 As President-elect Donald Trump’s inauguration gets closer, businesses and individuals alike are wondering how the new administration’s tax policies will affect them.

Throughout his campaign, the real estate mogul promised to cut taxes for businesses and individuals, and he has laid out specific tax proposals to show exactly how much companies and taxpayers can expect their tax burdens to decrease if Congress approves his plans.

What should individuals expect?

The brackets for single filers would be half of these amounts.These changes would reduce the top marginal tax bracket from its current level of 39.6 percent.

Trump would also like to raise the standard deduction for single filers to $15,000 and $30,000 for joint filers. He has also suggested eliminating certain tax benefits to compensate for the lower tax rates. For example, the president-elect’s plan would cap itemized deductions at $100,000 for individuals and at $200,000 for joint filers, in addition to getting rid of personal exemptions and the Head of Household filing status.

How will business tax rates be affected?

Trump touted his support for small businesses while out on the campaign trail. Trump’s plan would tax businesses at 15 percent. It would also give offshore companies a one-time chance to repatriate offshore earnings at a reduced 10 percent rate. He has also said he would like to eliminate most corporate tax expenditures except for the research and development credit. Trump proposed giving U.S. manufacturing companies an election to deduct capital investment expenditures immediately in exchange for forfeiting the ability to deduct interest expense and eliminating the corporate alternative minimum tax.

Trump also has big plans for the Affordable Care Act. He made repealing the health care legislation a cornerstone of his campaign, and if he does, certain taxes would also disappear. For example, there would no longer be a 3.8 percent tax on net investment income. Additionally, a repeal would get rid of the Cadillac tax on premium insurance plans, the medical device excise tax, Medicare taxes on wages and self-employment income and the individual mandate, which penalizes individuals and businesses for not having or providing health insurance, respectively. The premium assistance credit and the small-business health insurance credit would also go away.

Overall, Trump’s tax plan is similar to the one congressional Republicans proposed in June. The biggest difference – in addition to minor disagreements on tax rates and brackets – is House Speaker Paul Ryan’s suggestion to create a territorial-sales-based tax system instead of a worldwide production system of collection. This would mean the government would no longer put a tax on overseas profits and tax only sales made inside the U.S. regardless of where a product is made.

Keep in mind these are just proposals at this stage. The items outlined above might change. LaPorte will monitor the situation closely and will provide updates as they become available.

For individuals or businesses that are unsure about their tax future, LaPorte’s CPAs are available to help you adjust to any changes in the tax code.