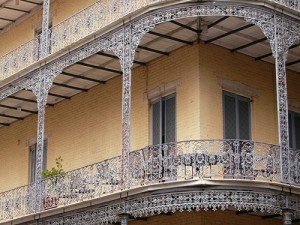 Historic buildings add unique character to cities and communities while also carrying the potential for cultural, educational and economic benefits. For states like Louisiana that are rich in historically significant architecture, there is great potential to utilize these structures for commercial and residential use. Unfortunately, preserving older buildings is a costly investment and it can be difficult to incentivize developers to take on these projects. Demolition and new construction is often cheaper, but it may destroy what makes a city special.

The Louisiana legislature created the 25 percent Commercial Tax Credit in 2002 as a way to encourage the renovation of historic buildings in downtown development districts. The credit was later expanded to apply to buildings in identified cultural districts as well. Combined with the federal 20 percent Historic Rehabilitation Tax Credit Program, these two credits offer economic motivation to restore historic properties for income-generating purposes. The state also offers an 18.5 percent Residential Tax Credit Program.

How preservation tax credits work
Each of the programs has distinct requirements. For the state's 25 percent tax credit, income-producing buildings must be certified as historic structures by Louisiana Division of Historic Preservation. All rehabilitation efforts will be checked for compliance with standards established by the office of the U.S. Secretary of the Interior, and only expenditures that meet IRS qualifications can be applied to the credit.

"The tax credit may be used for buildings previously vacant and considered blighted."

The federal tax credit works much the same way, except it requires that buildings receive additional historical certification status from the National Park Service. Developers are able to combine these credits.

The state's residential tax credit also requires review and certification by the Division of Historic Preservation, as well as compliance with Interior Department standards and Louisiana Department of Revenue guidelines. Additionally, any residential buildings that were previously vacant and considered blighted may qualify for a higher tax credit of 36 percent.

Economic impact
The Louisiana Department of Cultural Recreation and Tourism has credited the tax credit programs with helping to make Louisiana one of the top ten performing states in terms of the number of historic rehabilitation projects and dollars leveraged. The tax credits have leveraged more than $3.7 billion in investment in historic properties, the department has noted.

Several cities, including Baton Rouge, New Orleans and Lake Charles, have seen increased revenue in their downtown areas thanks to rehabilitation programs spurred by the historic preservation tax credits. As Next City reported, the tax credits were especially helpful for post-Katrina New Orleans where the downtown district has seen an increase in tourism, the opening of new bars, restaurants and hotels, and the restoration of historic theaters and museums.

Historic residential buildings have also been rehabilitated to create mixed-income, walkable communities that Next City called an exemplary model of an idealized American Main Street. The publication reported New Orleans saw an increase of almost $1 billion in residential development through these tax breaks. As of 2014, 1,400 new apartment units were added to the downtown area at market-rate, moderate-income and workforce-level pricing.

"Tax credits have leveraged more than $3.7 billion in investment in historic properties."

Budgetary complications
As The Times-Picayune reported, research from Rutgers University shows historic preservation tax credits pay for themselves, generating an average of $1.26 in tax revenue for every $1 of tax credit. At the city level, the publication noted many buildings that now serve as homes and places of businesses would remain dangerous sources of blight if developers had not restored them. However, without the tax credit, these projects would not have been financially feasible.

Unfortunately, as The Baton Rouge Business Report noted, Louisiana is facing a $1.9 billion budgetary shortfall, and legislators are considering reducing or canceling some tax credits in order to generate more revenue for the state. Eliminating the tax credit has previously been discussed in the state legislature, and lawmakers have already passed legislation to scale back the 25 percent commercial tax credit to 20 percent after 2018.

Louisiana residents hoping to see historic preservation tax credits protected should contact their local representative to express their support for these measures. Developers hoping to take advantage of these money-saving programs should contact LaPorte Senior Manager Sarah Franatovich, CPA, at [email protected] for more information on how to qualify for historic preservation credits.