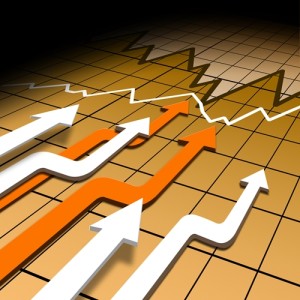 Some tax services experts are convinced that the proposals will not leave the draft stages, but others see the chairman’s changes as a starting point for long-awaited reform that has been a lower-tier concern compared to issues with the national budget. Yet many acknowledge that there could be unintended consequences for taxpayers and businesses alike.

Camp purported to aid taxpayers
The basis for the proposals was a “broaden the base, lower the rate” approach, which would reduce the total number of tax brackets from seven to three: 10, 25 and 35 percent. The chairman hopes that this strategy can reward individual taxpayers with additional income, thereby stimulating the economy as consumer spending increases and employment is strengthened.

There are drawbacks to this approach, however, as a broader-base, lower-rate strategy eliminates many deductions that taxpayers find favorable, including first-time homebuyer credits, adoption tax credits and deductions for medical expenses. The National Association of Realtors chimed in on the issue, concerned that property tax and mortgage interest deductions would be among those on the chopping block.

Other tax benefits would only be altered. The limitations on charitable deductions, for instance, would be consolidated into fewer categories – from 50, 30 and 20 percent limitations to 40 and 25 percent limitations. This deduction would not be eliminated, but taxpayers could only take it for contributions exceeding 2 percent of their adjusted gross income.

Businesses figure to take a hit
Some industries are also at risk from adverse side effects of the chairman’s tax proposals. The American Petroleum Institute, for example, believes that the draft legislation could be detrimental to energy production, while the Financial Services Forum predicts the proposals could cripple lending. Even the National Football League could be slugged by the reforms, as the organization would lose its tax exemption.

Camp proposed a 25 percent corporate tax rate to begin in 2019, which could provide some cushion. Companies such as those in the real estate, oil and financial services sectors could be handicapped, and the lower tax rate may not be enough to offset losses.

Among the concerns voiced by businesses is the possibility of constrained use of the cash method of accounting. Under the proposals, businesses with average annual gross receipts of more than $10 million – with the exception of sole proprietors and farmers – would be required to use accrual accounting.

Additionally, research and advertising expenses would require amortization, accelerated depreciation would be repealed and large insurers and banks would be liable to a quarterly 3.5-basis-point tax on their assets.

Some house representatives oppose Camp’s proposals
Both Republicans and Democrats have said that the chairman’s proposed legislation will not leave the draft stages within 2014. Furthermore, many lawmakers don’t see a clear-cut way to reach a compromise in regard to eliminating popular tax deductions.

At their current stage, Camp’s proposals may be destined for indefinite limbo. Yet they can also provide an idea of where the next stage of tax reform may be heading.