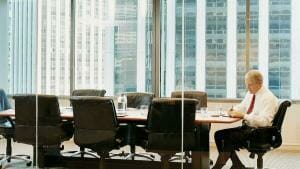 Focus on required documentation for allocation of success-based fees

The IRS Large Business and International (LB&I) division announced a new active campaign to ensure taxpayers comply with the documentation requirement for allocation of success-based fees, where the safe harbor election contained in Rev. Proc. 2011-291 is not made by the entity.

The IRS has shown some flexibility for meeting this requirement, by looking to the totality of the evidence provided, even where time sheets or itemized invoices were not provided.6 Examples of other documentation that may be used to satisfy the requirement include:

However, this lack of clarity around what documentation was necessary to comply with the requirement led to controversy and uncertainty for taxpayers. To reduce the controversy around this requirement, the IRS issued a safe harbor election under Rev. Proc. 2011-29 for taxpayers to deduct a portion of success-based fees paid in covered transactions.8 Under this safe harbor, instead of maintaining the supporting documentation, a taxpayer may make an irrevocable election to treat 70% of success-based fees as non-facilitative (and therefore, potentially deductible), while the remaining 30% is facilitative and therefore capitalized. Taxpayers choosing not to apply the safe harbor must look to the guidance described above, despite the lack of clarity, and thoroughly document the allocation of success-based fees when seeking to deduct any portion of those expenses.

There are various possible explanations as to why the IRS now has chosen to turn its focus to taxpayer compliance with the documentation requirement under Reg. section 1.263(a)-(5)(f) for success-based fees. For example, perhaps some taxpayers who have not elected to use the safe harbor under Rev. Proc. 2011-29 have become more inattentive about complying with the documentation requirement in recent years. It may also be that the IRS is anticipating an increase in taxpayers seeking to deduct a larger portion of success-based fees in order to achieve a greater tax benefit under the net operating loss (NOL) five-year carryback provision (as amended by the Coronavirus Aid, Relief, and Economic Security (CARES) Act).9 Regardless of the underlying reason, the IRS is alerting taxpayers that if they do not elect the safe harbor but still intend to deduct success-based fees, then they must comprehensively document the allocation.

In conclusion, a taxpayer may elect to apply the safe harbor under Rev. Proc. 2011-29 to treat 70% of success-based fees as non-facilitative costs. Alternatively, a taxpayer seeking to allocate a portion of success-based fees as non-facilitative costs and to deduct such fees, without electing to apply the safe harbor, must maintain robust documentation of that allocation. In such cases, taxpayers should consult with their tax advisors regarding appropriate documentation, particularly in light of the LB&I’s announcement of this new active compliance campaign.

4Id. Additionally, in 2018, the IRS ruled that an allocation letter from an investment banker which provided approximated percentages of time spent on facilitative versus non-facilitative activities was insufficient to meet the documentation requirement under Reg. Section 1.263(a)-5(f). CCA 201830011 (July 27, 2018).

8Under Reg. section 1.263(a)-5(e)(3), covered transactions include, among others, a taxable acquisition of assets that constitute a trade or business and certain reorganizations described under section 368(a)(1).

9For further information as it relates to NOL carrybacks under the CARES Act, see our prior article, CARES Act delivers five-year NOL carryback to aid corporations.


This article was written by Nick Gruidl, Sarah Lieberman and originally appeared on 2020-09-21.
2020 RSM US LLP. All rights reserved.
https://rsmus.com/what-we-do/services/tax/federal-tax/tax-mergers-and-acquisitions/certain-m-a-transaction-costs-to-receive-renewed-irs-scrutiny.html

LaPorte is a proud member of RSM US Alliance, a premier affiliation of independent accounting and consulting firms in the United States. RSM US Alliance provides our firm with access to resources of RSM US LLP, the leading provider of audit, tax and consulting services focused on the middle market. RSM US LLP is a licensed CPA firm and the U.S. member of RSM International, a global network of independent audit, tax and consulting firms with more than 43,000 people in over 120 countries.