Can You Benefit From a Casualty Loss Tax Deduction on Personal-Use Property? 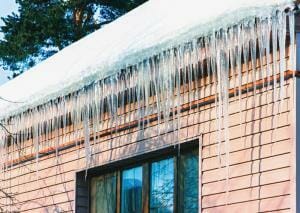 Millions of individual taxpayers in the Gulf Region suffered through winter storms in February of 2021 which crippled power grids, closed schools and roads, and caused billions of dollars of personal and business losses. Many will have substantial losses on their personal property for which they will not receive an insurance settlement or any partial relief from a government agency. There may be some relief, however, through a Casualty Loss Tax Deduction.

Prior to The Tax Cuts and Jobs Act of 2017 (TCJA), individual taxpayers could deduct casualty losses on personal-use property (PUP) resulting from several types of events. The TCJA eliminated all personal casualty loss deductions for tax years 2018 through 2025 as a measure to lessen the fiscal bite of some of its other provisions and in response to a perceived abuse of the deduction. There remains one exception that allows for a casualty deduction on PUP: losses within a federal disaster area as declared by the president. The entirety of Louisiana, Oklahoma and Texas were federally declared disaster areas as a result of early 2021 winter storms.

You may qualify for a casualty loss deduction for PUP on your income taxes if you are not fully reimbursed for the loss by your insurance company or another source. Not only is overall taxable income (thus tax) reduced by qualifying losses, but the losses may also increase the tax attributes of other deductions and credits which are subject to phase-out based upon your level of income.

Deductions of casualty losses for personal use property are explained in Publication 547 – Casualties, Disasters, and Thefts, and further detailed in Publication 584 – Casualty , Disaster, and Theft Loss Workbook for Personal-Use Property. Several safe harbor calculations have been promulgated over the past few years that allow for simpler, and in some cases, more equitable deductions for the taxpayer.

Whether or not you itemize deductions on Form 1040 Schedule A, the casualty loss is allowable, and in either circumstance, the form must be filed. Taxpayers who use the standard deduction will increase their standard deduction by the allowable loss; taxpayers who itemize will report the deductible loss as a line item. Along with the tax return, you will also file Form 4864 – Casualties and Thefts showing the calculation of the loss. You should note that the deductible amount of the loss is reduced by $500 for qualified disaster losses; if the loss sustained is less than that amount, there is no deduction.

Generally, a casualty loss deduction is taken in the year in which the identifiable event occurred. However, if you expect to be reimbursed for some or all your losses, no part of the loss for which there is potential reimbursement should be deducted in the current tax return. When and if events establish that reimbursement will be reduced or not occur, then that is the deductible year of the loss.

To provide additional immediate relief to taxpayers, disaster area losses also have a special rule regarding the timing of a deduction. An election may be made to take a qualified disaster loss in the tax year preceding the event; this applies to an original or an amended return for the prior year. The election must occur on the preceding tax year’s return within six months after the regular due date of the actual disaster year’s return. For example, a loss sustained in 2021 could be taken on a 2020 return filed timely, or on an amended 2020 return filed by October 15, 2022.

Keep in mind that PUP casualty loss is deductible only to the extent it is directly related to a federal disaster. As with all tax deductions, sufficient documentation must be retained that substantiates amounts reported. Upon examination, the Internal Revenue Service may reduce or eliminate any deductions claimed for which there is insufficient evidence; the burden of proof is on the taxpayer. If you have substantial casualty insurance coverage, there may be a taxable involuntary conversion gain instead of a deductible loss. You should consult with your tax advisor in this situation.

As the 2021 hurricane season approaches, keep in mind that this deduction may be applied following any federal disaster declaration. Experiencing a casualty loss or waiting for its resolution is not pleasant yet knowing there is a measure of relief available on your income tax should be of some comfort. For questions about a qualifying casualty loss deduction, contact one of LaPorte’s tax professionals.