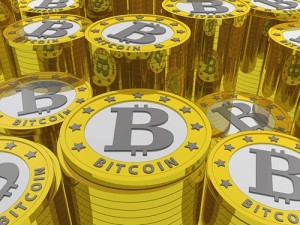 Not only are bitcoins being used to purchase albums on Amazon and digital cameras, but the online currency may be serving as a way to pay taxes owed to the IRS.

According to Forbes, small business SnapCard will allow taxpayers to use their bitcoins to pay fees to the agency for a little as a $10 flat fee. The company – which is a young startup that has only processed $300,000 in transactions so far – utilizes

CoinBase and BitPay to turn bitcoins into U.S. currency. These funds are subsequently transferred to the payment processor and then the recipient.

While bitcoins are more often used for online shopping – with Amazon and eBay topping the list for Bitcoin users – the expansion to making payments to the IRS indicates the popularity and potential for growth that the currency has. Of course, there have been some concerns for adding Bitcoin to the list of tax services, as some see Bitcoin as a means of processing illegal or tax-free transactions. There have even been discussions on how to properly tax payments made with bitcoins.

Additionally, the idea of processing payments through numerous third-party vendors does not paint the best picture for information security or addressing issues such as incorrect payments and warranties. However, these new developments are telling of the trajectory of ecommerce.