Are you paying taxes in every state your business has nexus? 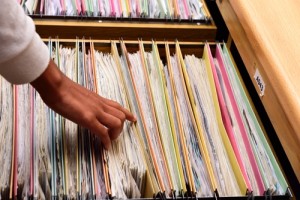 Many business owners and CFOs are unaware of the many factors which can contribute to a business having nexus to a state. If a company has nexus to a state, it could be subject to taxes and have a tax return filing obligation with the state. The rules for establishing nexus differ from state to state, and many individuals in charge of a company's tax return filings may not realize all the places in which their organization has a tax obligation. At the same time, minor changes to a company's business plan or strategy can remove the organization's nexus, and decrease the business' tax burden. A failure to properly recognize these shifts can result in a company paying more taxes than necessary for years at a time.

Rather than dealing with the interest and penalties associated with paying overdue taxes, or filing an amended return in hopes of recouping taxes that were erroneously paid in states where a business lacks nexus, companies should engage in a consistent dialogue with their CPA about their operations. This allows accountants to identify sources of nexus and properly prepare for annual filing requirements. With the idea of an open conversation in mind, here are some of the more common ways that companies establish nexus to states. The next time you review your financial information, this may serve as a valuable guide regarding your tax obligation.

The classic sources of nexus
Physical presence nexus is the simplest and most traditional reason that businesses are required to pay taxes in a state. In the past this was the only kind of nexus most locales enforced, but that's rapidly changed as commerce and ways of conducting business activities has shifted. Many businesses now conduct operations across a variety of states, and several of these activities can be used to establish nexus. Some states have moved away from physical presence towards the concept of economic presence to a state which disregards a physical presence and focuses on an economic connection to the state. States will also look to see if you have compensation in and revenue from a state when determining if a company has nexus to the state.

"Many business activities can trigger nexus to a state."

Sales and use tax nexus
Many businesses that have activities spread across different states may find they have established sales tax nexus. Under federal law, companies are required to charge individual state sales taxes on goods sold in a particular state if the business has "substantial nexus" in that location. Businesses and government entities have argued over what constitutes substantial nexus in a particular place for as long as these guidelines have existed, and the states can often have different standards of establishing sales and use tax nexus.

It's generally accepted that substantial nexus is established if a business has a physical presence in the state, though that presence can take many forms. If, for instance, a company employs a single salesperson in a state, that may give them nexus in the area. Similarly, working with an independent contractor who is based in a specific state might be enough to establish nexus, so businesses who regularly work with outside firms may find they regularly establish nexus in new locales for a short period of time.

Other types of taxes
Every business owner knows there are far more taxes than simply sales tax levied on customers, and businesses will have to analyze their structure to determine whether or not they are required to pay income taxes in different states where they operate. The activities that create a nexus for income taxes are more intensive than those that trigger sales tax, but also vary greatly on a state-by-state basis. That's partially because states calculate income tax differently.

"Businesses should preemptively identify where they have nexus."

Some states have begun to shift away from income taxes and implementing non-income based taxes. Some examples of this would be the Michigan business tax, Texas margin tax, and Ohio commercial activities tax. These taxes are based on gross receipts and not net income in a particular state.

A complex issue
The ever-shifting tax law landscape between different states means that any organization that either expands operations or works with contractors who may be based in a different state must be conscious of changes to their tax burden. While it's critically important to evaluate the potential for nexus as a company makes decisions, it's equally necessary to conduct regular reviews of operations to identify states where the organization no longer has nexus.

By working with LaPorte's highly knowledgeable staff, companies can ensure they are aware of all their state tax filing obligations and planning options. LaPorte works with many multistate clients and deals with organizations throughout several industries. LaPorte's CPAs have advised clients on a wide variety of nexus issues and assisted in addressing tax notices and questionnaires from states. Rather than rushing to discover whether your organization has nexus in a state prior to filing, consider nexus issues as your firm embarks on any upcoming business decisions and discuss possible implications with your tax professional.