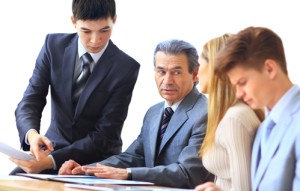 At a recent conference in Atlanta, Luis Aguilar of the Securities and Exchange Commission made a speech that called for more accountability, transparency and general engagement from senior officials of businesses throughout the country.

Aguilar’s comments were triggered by a March SEC proposal for “Regulation Systems Compliance and Integrity,” otherwise known as Reg SCI, which aims its focus at exchanges, clearing agencies, so-called dark pool trading platforms and a variety of other self-regulated organizations. Speaking to an audience mostly comprised of law students, Aguilar contended that the proposal needed to go further in order to ensure liability and compliance. A strict supporter of imposing corporate penalties, the SEC member added that he would like to see admissions – not just settlements – from business officials overseeing misconduct and that the provision enabling “safe harbor,” which in essence shields exchanges from liability, needs to be disposed of entirely.

Perhaps most importantly, Aguilar also noted that any final version of the rule should ensure that such entities report system disruptions and conduct testing throughout the industry to ensure that all backup systems are properly functioning. The goal, above all else, should be to avoid blunders such as the initial public offering of Facebook in 2012, Reuters reported.

“The final rule should require an entity’s senior officers to certify in writing that the entity has processes in place and adequate resources and staffing to achieve compliance,” Aguilar said. “Such a vague and unprecedented carve-out would water down the rule. The commission must adopt a strong and enforceable final rule that allows us to hold firms and individuals accountable when they fail to take adequate steps to comply with the rule.”

No more ‘golden parachutes’
All the tough talk is just that, for now, as the committee has no definitive timetable for when or how the final rule will take form. But in light of issues like the Facebook IPO and last summer’s three-hour halt on the NASDAQ exchange, SEC Chair Mary Jo White has publicly stated that there is some urgency to adopt and enact a new plan.

Aguilar went on to cite the “golden parachutes” used by CEOs at companies such as CVS and Viacom as examples of instances in which more accountability should have been demanded. Enforcement of compensation-related misconduct is not strong enough, he said, but corporate accountability could potentially be improved through the use of mechanisms such as “say-on-pay” shareholder votes. In general, Aguilar is a stated proponent of giving shareholders a greater voice, particularly when retail corporations are involved, whether through online, in-person or proposal-based avenues.

“I firmly believe that companies with corporate governance processes that enhance how they engage with their owners will be more successful than those that keep the doors shut,” he said.

Aguilar could still face resistance, most notably within his own agency from Commissioner Michael Piwowar, who has made clear that no new rulemaking will take place without further studies first being conducted. So, even as certain members’ intentions are clear, the timeline remains indefinite.

In the meantime, companies seeking to ensure compliance now and for the future can contact LaPorte contact LaPorte Director Sonny Brandtner, CPA, CFE, at [email protected] for more information about risk advisory services.