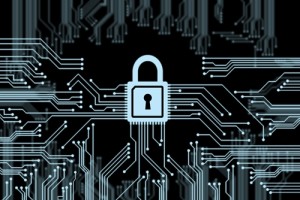 The Information Systems Audit and Control Association (ISACA) is celebrating its 45th anniversary in 2014, a milestone that puts into perspective the strides the group has made in terms of its own growth, but also in providing industry leadership.

The ISACA works with organizations such as the American Institute of CPAs, or AICPA, on a range of information technology concerns, including guidance on SOC 2 reports. They are among the industry leaders in providing technology frameworks, like COBIT and Risk IT, which are used by audit professionals, consultants and security administrators, among others. The ISACA also offers a certification in cybersecurity – a cybersecurity fundamentals certificate – the value of which is only growing in the current climate of persistent, varied threats. As cybercriminals become more sophisticated in their attacks and businesses must therefore allocate more resources to limit their exposures, the services of the ISACA are more important than ever.

Founded by a small group of electronic data processing auditors in 1969, when it was known as the EDP Auditors Association, the ISACA has outpaced even its own original vision, developing into a global association of information systems professionals serving 115,000 constituents in some 180 countries.

“ISACA is proud to celebrate the growth and success that the association has experienced in the past 45 years,” Tony Hayes, former international president of the ISACA, said in a press release commemorating the anniversary. “Tens of thousands of professionals around the world have contributed their time and expertise to ISACA, enabling the association to deliver on its mission: helping its members and their enterprises achieve trust in, and value from, their information systems. It is exciting to look forward to the future and the plans ISACA has in store to serve its global constituents and businesses in all industries.”

A good portion of those plans will center around cybersecurity and privacy concerns, with new audit-based guidance for COBIT 5 framework, as well as an updated online version, which was released earlier this year. Additionally, the association is constantly seeking to develop and update its business framework for the management and governance of enterprise IT.

Providing certification and education
The group’s work continues to receive praise and recognition. Just this year, COBIT 5 was featured as an informative reference for the core of the U.S. Cybersecurity Framework, as released by the National Institute of Standards & Technology (NIST).

Through its certifications and educational efforts, the ISACA continues to enhance industry knowledge and encourage practices for information systems control and security that benefit the greater good. Through 45 years, its impact has been substantial, and its rate of growth remains steady.