Does Your Employee Benefit Plan Need an Audit? 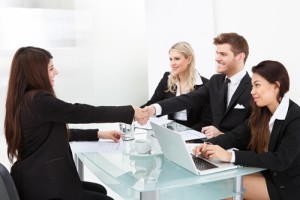 Many businesses are not aware their employee benefit plans may come with annual reporting obligations. Most employee benefit plans – that are large plans – must file an annual independent auditor’s report with the U.S. Department of Labor {DOL} in addition to the annual Form 5500 filing, as well as any other applicable schedules and financial statements.

It is the responsibility of the plan sponsor, administrator or trustee to have a financial statement audit conducted by an independent certified public accountant if the plan meets the DOL requirements for an audit.

The Employee Retirement Security Act of 1974 (ERISA) generally requires employee benefit plans with 100 or more participants, as of the first day of the plan year, to have an independent financial statement audit as part of the plan sponsor’s obligation to file a Form 5500. These plans are considered “large plans,” whereas plans with fewer than 100 participants are considered “small plans.”

“Employee benefit plans with 100 or more participants, are generally required to have an independent financial statement audit.”

These audits are important, as they provide an independent, third-party opinion to participants, plan management and the DOL on the plan’s future ability to pay the benefits and other financial obligations promised to its participants. However, many employers are not aware of the audit requirement for their employee benefit plans and fail to contact an independent auditor. The distinction between a large and small plan can be confusing, as the number of eligible participants in a plan can shift frequently.

Accounting for small fluctuations
For this reason, the DOL created the 80-120 Participant exception. Under this guideline, plans with between 80 and 120 participants at the beginning of the current plan year may elect to complete the current year return using the same category (“large” or “small”) that was used in the previous year. This means if a plan had 105 participants at the beginning of the 2016 plan year but was considered a “small” plan in 2015, the plan may complete the Form 5500 using the “small” plan category again in 2016, and not have to complete the audit required for “large” plans. If the number of participants in the plan does not exceed 120 at the start of 2017, the plan can again follow the rules for small plans.

Conversely, if a plan that had 90 participants at the beginning of the 2016 plan year but was considered a “large” plan in 2015, it may elect to file Form 5500 as a “large” plan and submit the required audit. This provision is designed to allow plans to avoid switching categories due to temporary fluctuations, but is not intended to encourage switching simply because the number of participants has fallen into the 80-120 range.

Since the reporting requirements of the Form 5500 vary based on the number of plan participants, it’s important to accurately calculate that number, which requires a clear understanding of who qualifies as a participant.

Determining the number of participants
In order to ascertain if the business’ plan requires an audit, the business must consider active participants in the plan. Active participants are defined as current employees who are earning or retaining credited service under the plan, including non-vested participants. This includes employees who are eligible to participate in a 401(k) or other employee benefit plan even if they have chosen not to do so yet. This means even if an employee has not made any contributions and does not have an account in the 401(k) plan, if he or she is eligible to participate, he or she is considered an active member.

“Even if an employee has not made any contributions, if he is eligible to participate, he is considered an active member.”

The LaPorte Employee Benefit Plan Services Group audits more than 60 employee benefit plans each year across a broad range of industries. LaPorte team members stay up to date on regulatory and legislative developments through continuing professional education. LaPorte is a member of the AICPA’s Employee Benefit Plan Audit Quality Center demonstrating its committment and understanding to the employee benefit plan industry.