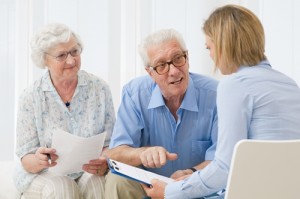 Retirement plans are not static documents. As the laws and regulations that govern employee contribution plans change, employers need to update their plan documents to be in compliance or risk plan disqualification, possible civil action and the loss of tax-favored status.

“Operational errors are not uncommon, but it’s important to catch them before an IRS audit.”

Keeping a retirement plan in compliance with all applicable tax and pension laws can be a challenge. While it’s not uncommon for administrative or operational errors to occur, it is important to identify and address them before an IRS audit. If mistakes are present in your plan document, the IRS has a program in place that will allow you to correct them without penalty.

Under its Employee Plans Compliance Resolution System (EPCRS), the IRS offers two ways for companies not currently undergoing an audit to remedy errors in their retirement plan documents.Through the Self-Correction Program (SCP), plan sponsors may correct certain types of plan failures without involving the IRS. A second method, known as the Voluntary Correction Program (VCP), allows sponsors to pay a stated fee and receive direct IRS guidance and approval for plan document correction.

Why use VCP
While the SCP allows a plan sponsor the option to correct insignificant operational failures in a qualified plan within two plan years without paying a fee or sanction, the VCP allows for a more thorough correction of all plan qualification failures.

Through the VCP, employers will receive a written letter from the IRS, called a compliance statement. This document acknowledges the intention to update the plan to conform with applicable laws, and protects the employer from larger fees or sanctions that would apply if the failures were discovered after an IRS audit began. Entering into the VCP also ensures the plan can continue to operate in its tax-favored status while errors are corrected, allowing participants’ savings to continue accumulating with taxes deferred.

“The VCP ensures the plan can continue to operate in its tax-favored status while errors are corrected.”

For many plan sponsors, the VCP is a more preferable option than the SCP. One reason is that document failures, which occur when the plan document has become out-of-date or falls out of compliance, are not eligible for self-correction. The VCP may also offer exemptions from certain federal income and excise taxes that are not available with the SCP. Finally, many employers find the written IRS approval received through the VCP to be an administrative comfort.

Take advantage of changes
Last year, the IRS began making changes to the VCP that will be advantageous to employers in 2016 and beyond.

In order to encourage plan sponsors to take advantage of the program, the IRS has reduced the fees on most VCP compliance submissions made on or after Feb. 1, 2016. Though a CPA will be able to provide exact information on fees and eligibility, in general, the fee rates will be based on the number of plan participants, as follows:

While the VCP may be the best correction option for many plans, before entering into the VCP, plan sponsors should already be aware of any flaws or failures in the plan document. If you are unable to identify these mistakes through internal review, contact LaPorte’s audit and assurance services professionals. LaPorte has extensive experience with common plan compliance deficiencies and can assist you in choosing the appropriate correction method.