How Does the Tax Cuts and Jobs Act Affect Nonprofits? 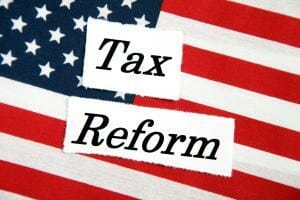 On December 22, 2017, the most substantial tax reform act1 (the “Act”) in over 4 decades was enacted. While a lot has been made about how these changes affect individual and corporate tax liabilities, the Act contained a number of provisions that affect non-profits both directly and indirectly. The following is an overview of changes that affect nonprofits.

The Act adds (a)(6) to §512 of the code which provides that exempt organizations unrelated trade or business income and loss shall be determined separately for each trade or business. For an exempt organization that has more than one unrelated trade of business, each business must separately determine the income or loss and the entities total taxable income is a sum of all of the net results that are above zero.

The next question is what is an unrelated trade of business for this purpose? Treas. Reg. 1.513-1(b) defines trade or business as any activity which is carried on for the production of income and which otherwise possesses the characteristics required to constitute trade or business within the meaning of section §162 of the code–and which is not substantially related to the performance of exempt functions.

Trade or business generally includes any activity carried on for the production of income from the sale of goods or performance of services and is not limited to integrated aggregates of assets, activities and good will which comprise businesses for the purposes of other provisions of the code. Similarly, activities of soliciting, selling, and publishing commercial advertising do not lose identity as a trade or business even though the advertising is published in an exempt organization periodical which contains editorial matter related to the exempt purposes of the organization. However, where an activity carried on for the production of income constitutes an unrelated trade or business, no part of such trade or business shall be excluded from such classification merely because it does not result in profit. Until the IRS issues guidance on this provision, this change will likely encourage entities to broadly classify their activities in categories such as investing, advertising, retail, etc., as separate trades or businesses.

The Act made another change that affects unrelated business income by adding (a)(7) to §512 which requires that organizations include in unrelated taxable income any amounts paid for fringe benefit expenses for which a deduction is not allowed.

Executive Compensation
In addition to the change regarding fringe benefits set forth above, the Act included another change that affects compensation that exempt organizations pay to certain employees or former employees. The Act added a new §4960 which imposes an excise tax on the entity equal to the product of the new corporate rate of 21% and the excess over $1,000,000 of any compensation that the entity pays to certain covered employees. Covered employees are the five highest paid employees during the tax year or the year before the tax year including any year after 2016. The excise tax also applies to parachute payments, payments made upon separation from the entity. The tax is applicable to any payment if the current present value of the payments is equal or greater than three times the average of the employees’ compensation for the last five years before separation, the base amount. The tax applies to the amount paid in excess of the base amount. The entity pays the excise tax.

Private Colleges and Universities Endowment Funds
A 1.4% excise tax applies to the net investment income earned by private colleges and universities for tax years beginning after 2017. The excise tax applies to private colleges or universities that (i) had at least 500 tuition paying students during the previous year, (ii) where at least 50% of the tuition paying students are in the United States, (iii) which is not a state college or university and (iv) whose aggregate fair market value of the assets at the end of the preceding taxable year (other than those assets which are used directly in carrying out the institution’s exempt purpose) is at least $500,000 per student of the institution. This provision is expected to affect about 150 institutions and remains unpopular. News coverage of Congressional activity has shown that this provision is a target for further Congressional revisions. Stay tuned.

Not the sole bit of good news, but certainly a welcome change, the Act raised the limitation on large dollar donations2. For tax years after 2017 and before 2026, taxpayers can deduct from their income taxes any cash donations made to a public charity or certain private foundations in amounts of up to 60% of the taxpayer’s AGI. This is an increase from 50% and 30%.

It is standard behavior for most charities to send a thank you letter to a donor. Prior to the Act, if a donor made a donation of $250 or more and either did not get a thank you letter or could not find it, the taxpayer did not have to substantiate the donation as long as the charity filed a return reporting the required information about the donation. The Act repealed the exception and now a donor is required to have substantiation. Unlike other changes that were to take effect for tax years after 2017, this change went into effect for years after December 31, 2016.

For additional information about how recent tax changes may affect your nonprofit, contact a member of the LaPorte Nonprofit Industry Group.

1Public Law 115-97: To Provide for Reconciliation Pursuant to Titles II and V of the Concurrent Resolution on the Budget for Fiscal Year 2018

2The reduction in the highest corporate tax rate, from 35% to 21%, benefits exempt organizations who have to pay taxes at that rate on unrelated income and the excess executive compensation.