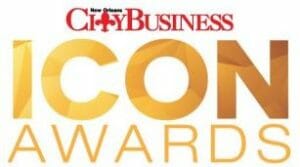 Ted Mason, President and CEO, has been honored with a New Orleans CityBusiness ICON award for 2019, which recognizes outstanding business leaders who have had a lasting influence on the city’s economic development and made their mark on the city overall. This recognition reflects his 17 years of leadership at LaPorte CPAs & Business Advisors. During Ted’s tenure at LaPorte, the company has grown through his vision and three-fold strategy of doing the right thing for LaPorte’s clients, its employees, and the community.t

This three-fold strategy resulted in innovation throughout the organization. Client service was enhanced through expanding services, increasing industry specialization, introducing strategic mergers, and deploying technology. LaPorte became “One Firm,” erasing boundaries to offer clients the best engagement staff for their needs from across all five offices. Also under Ted’s leadership, LaPorte undertook extensive programming for employee development and retention, including LaPorte U, and introduced policies to promote equable treatment and work-life balance. He also strengthened LaPorte’s dedication to community service, weaving community involvement into the very fabric of the LaPorte culture and supporting time for volunteerism.

The results of these efforts show in the numbers. Since 2002, LaPorte has grown by 407% and expanded from two to five offices (four in Louisiana and one in Houston). LaPorte’s diversity reflects its progressive culture: out of the firm’s 41 employees who are director-level or higher, 19 are women (46%). Just as importantly, LaPorte’s volunteerism firmwide, office by office, and individually resulted in more than $484,000 in time and money given to multiple community and civic organizations in 2018. Moreover, LaPorte’s employees support approximately 90 local and regional organizations and are involved as members, committee chairs, or in board positions for professional, business, civic, charitable, and industry organizations.

The success of Ted’s strategy shows in the overall growth of the firm, the long-term tenure of the firm’s employees and clients, and in the awards the firm receives on an ongoing basis.