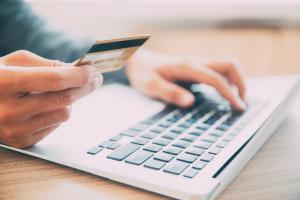 The court stated “[t]he physical presence rule has long been criticized as giving out-of-state sellers an advantage. Each year, it becomes further removed from economic reality and results in significant revenue losses to the States. . . The Internet revolution has made Quill’s original error all the more egregious and harmful.”

In the absence of Quill and Bellas Hess, the test is the test set out in Complete Auto Transit, Inc. v. Brady, which held that a state “may tax exclusively interstate commerce so long as the tax does not create any effect forbidden by the Commerce Clause” of the Constitution. The Complete Auto test says that a tax will be sustained as long as it (1) applies to an activity with a substantial nexus with the taxing State, (2) is fairly apportioned, (3) does not discriminate against interstate commerce, and (4) is fairly related to the services the State provides. Here, the court held that the nexus is clearly sufficient, the statute applies only to sellers who engage in a significant quantity of business in the State, and respondents are large, national companies that undoubtedly maintain an extensive virtual presence.

The dissent, in this case, agrees that Bellas Hess was wrongly decided but does not agree that the physical presence test should be overturned. In fact, the dissent believes that the internet revolution is the reason the test should be upheld and all but dares Congress to enact legislation to deal with this issue. “Nothing in today’s decision precludes Congress from continuing to seek a legislative solution,” Roberts dissent says right before he laments that the decision will probably mean that Congress won’t act. Roberts also notes that states and local governments are already finding ways to deal with this issue to the extent that states are currently able to collect approximately 80% of the tax revenue from retailers without physical presence.

Robert’s dissent concludes “The Constitution gives Congress the power ‘[t]o regulate Commerce . . . among the several States.’ Art. I, §8. I would let Congress decide whether to depart from the physical-presence rule that has governed this area for half a century.”

If your company utilizes the internet for sales, you should be aware of the ramifications of this ruling on your business. For additional information, contact a member of the LaPorte Tax Services Group.