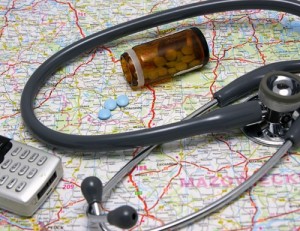 The Health Resources and Services Administration (HRSA) recently released its proposed 340B Drug Pricing Program Omnibus Guidance. This proposed guidance is subject to a pubic comment period. As such, there may be revisions prior to finalization to account for stakeholders' comments and concerns. However, the proposed guidance provides an understanding of HRSA's interpretations of 340B rules and is essential for developing an effective 340B compliance program.

Below is a summary of the key areas of interest from the proposed guidance:

Eligible Patients
For many years 340B stakeholders have deemed the definition of a "patient" for 340B purposes ambiguous and open to interpretation. The guidance clarifies that the prescription must be generated at a site listed on the 340B database. Follow-up care provided at a private physician's office that is not listed on the 340B database is not eligible for 340B. Additionally, the guidance now requires care be provided by a health care provider such that the covered entity may bill for services on behalf of the provider. The billing requirement is a new twist and something covered entities must account for when reviewing their 340B programs for compliance. The proposed guidance provides the following definition of a patient for 340B purposes:

HHS interprets this section to include all patients that meet all of the following criteria on a prescription-by prescription or order-by-order basis:

(1) The individual receives a health care service at a covered entity site which is registered for the 340B Program and listed on the public 340B database;

(4) The individual receives a health care service that is consistent with the covered entity's scope of grant, project, or contract;

(5) The individual is classified as an outpatient when the drug is ordered or prescribed. The patient's classification status is determined by how the services for the patient are billed to the insurer (e.g., Medicare, Medicaid, private insurance). An individual who is self-pay, uninsured, or whose cost of care is covered by the covered entity will be considered a patient if the covered entity has clearly defined policies and procedures that it follows to classify such individuals consistently; and

Patient Status – IP vs OP
Only outpatient patients are eligible to receive 340B drugs. Covered entities have struggled with how to account for drugs dispensed to patients that were treated as an outpatient prior to being admitted. Many covered entities have chosen to determine the patient status for 340B eligibility purposes based on the patient status at the time of administration/dispensing. However, HRSA has taken a more restrictive stance on when a patient is classified as an outpatient. HRSA proposes using how the services are ultimately billed to third parties to determine status. In the proposed guidance HRSA states:

Section 340B(a)(1) of the PHSA establishes the 340B Program as a drug discount program for covered entities furnishing covered outpatient drugs. Therefore, an individual cannot be considered a patient of the entity furnishing outpatient drugs if his or her care is classified as inpatient. An individual is considered a patient if his or her health care service is billed as outpatient to the patient's insurance or third party payor.

Contract Pharmacies and Medicaid
Medicaid State Agencies receive rebates from drug manufacturers for covered outpatient drugs provided to Medicaid recipients. Duplicate discounts occur when drug manufactures provide covered entities 340B prices while providing the State a rebate on the same drug. This is a major compliance issue and can be exacerbated by the increased use of contract pharmacies. If covered entities chose to provide 340B drugs to Medicaid recipients via a contract pharmacy, HRSA is proposing to require a written agreement between the covered entity, contract pharmacy, and the State/MCO that outlines how they will prevent duplicate discounts. In the proposed guidance, HRSA states:

The covered entity is expected to conduct quarterly reviews and annual independent audits of each contract pharmacy location; the results of these reviews are included in the records' requirements of section 340B(a)(5)(C) of the PHSA. Any 340B Program violation detected through quarterly reviews or annual audits of a contract pharmacy should be disclosed to HHS. Covered entities are subject to the applicable penalties for instances of duplicate discounts and diversion.

Record Retention
There has not been a formalized record retention policy for the 340B program. As audits are becoming more frequent, it is important for covered entities to understand how long they must preserve their auditable records. The proposed guidance provides for a five-year retention period and states:

HHS is proposing a record retention standard for all 340B Program records for a period of not less than 5 years, which HHS believes appropriately balances the need for a covered entity to document its compliance with 340B Program requirements and the covered entity's effort and expense required to maintain records for an extended period of time. This standard would also apply to records pertaining to all child sites and contract pharmacies. In the case of termination, a terminated covered entity or associated site is expected to maintain records pertaining to compliance with 340B statutory requirements for five years after the date of termination.

Keep in mind that the proposed guidance is 90 pages, and this is a high level summary. The topics above are the ones we felt would benefit you the most. If you have any questions about this guidance, or how to ensure compliance with 340B program regulations, please contact Michael McLachlan at 504-838-4801 mmclachlan@laporte.com or Jason McNeil at 504-838-4875 jmcneil@laporte.com.