What banks need to know about changing capital rules 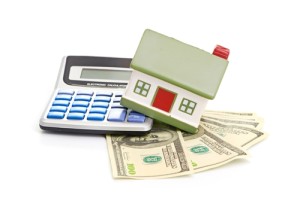 On Jan. 1, 2015, many community banks will be subject to changing capital rules that are aimed to improve the quality, while also increasing the quantity, of their respective holdings.

According to the FDIC, the primary changes from the current general risk-based capital rule pertain to revised ratio requirements and corrective action thresholds, as well as the definitions for capital and the establishment of capital conservation buffers. There are also changes being imposed for risk weights for past-due loans, certain commercial real estate loans and other equity exposures. In its summary, the FDIC has attempted to encapsulate the essentials for “smaller, non-complex banks that are not subject to the market risk rule or the advanced approaches capital rule.”

Many financial institutions will be particularly interested in the proposed changes to the Accumulated Other Comprehensive Income (AOCI) Filter, which includes a one-time option for organizations to filter certain AOCI components. The treatment is generally similar to the terms of the current general risk-based capital rule, but it’s especially important to note that the AOCI opt-out election must be made on the institution’s first call report, FR Y-9C, or FR Y-9SP, if applicable, filed after Jan. 1, 2015.

Some other requirements that will be adjusted over the next five years include:

Be aware of revised definitions and adjusted criteria
Common equity tier-1 capital, previously undefined, will be characterized going forward by common stock – and related surplus – and retained earnings plus limited amounts of minority interest in the form of common stock. The tier-1 capital definition is technically unchanged, but instruments are subject to new eligibility criteria. Grandfathered securities are permitted, but deductions will be less certain as limited amounts of minority interest in the form of additional tier-1 capital instruments will be allowed. The Tier-2 capital definition has not technically changed either, but there are new eligibility criteria that must be met by instruments, including subordinated debt, and fewer applicable deductions will ultimately be available.

Ultimately, a capital conservation buffer is in place to allow banks to draw down when they incur losses. Through reduced buy-backs, bonus payments and dividend payments, financial institutions can ensure that they maintain sufficient buffers, as the transition period will begin for all banks on Jan. 1, 2016. After that time, if a bank’s capital conservation buffer falls below 2.5 percent of its risk-weighted assets, it may be subject to limitations issued for dividends, bonuses and stock buy-backs.

Financial institutions seeking further clarity or guidance on these pending changes can speak with a LaPorte financial services professional, such as Eric Bosch, who can walk them through particular elements of the changing capital rules that most directly pertain to them, helping their business manage a smooth transition.