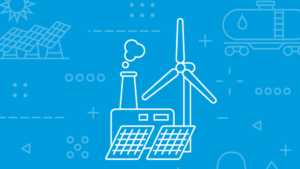 by RSM US LLP

These long-awaited rulings will have a significant impact on the petroleum industry. The cases provide rulings on multi-million dollar issues of first impression in the Fifth Circuit and the Court of Federal Claims. Also of note is that the Vitol case was a split decision –decided 2-1 – with a strong dissenting opinion filed by the minority. It will remain to be seen whether the Vitol case will be reviewed en banc by the entire Fifth Circuit or appealed to the Supreme Court.

In Vitol Inc. v. United States, (No. 20-20237, decided March 23, 2022) the Fifth Circuit ruled in favor of the government, holding that butane mixed with gasoline did not qualify for an alternative fuel mixture credit. The court reasoned that under the excise tax and credit statutory framework, in analyzing the plain meaning of the statute, butane did not meet the definition of alternative fuel. As a result, Vitol’s $8.8 million claim for a refund of excise tax for alternative fuels was rejected.

The Fifth Circuit disagreed and found that the common meaning of LPG wasn’t determinative, pointing out that the terms should be construed within the context of the statutory framework for excise tax and credits. The court held that butane is a taxable fuel that can’t simultaneously be an alternative fuel, and the term LPG, as in section 6426(d)(2), fits within a broader statutory scheme that precludes any taxable fuel from also qualifying as an alternative fuel. As a result, the court ruled that “butane is not an LPG under section 6426(d)(2).” The Fifth Circuit ultimately declined to base its decision on any consideration of legislative history of section 6426 and rejected Vitol’s claim for an excise tax refund.

The dissenting judge argued that the government was not able to show that Congress clearly meant or used any meaning other than its ordinary one while the oil and gas industry norm includes butane as an LPG. The dissent also pointed out that the majority opinion’s conclusions hinge on the taxable fuel–alternative fuel dichotomy from the excise tax provisions, but it is not apparent that such a dichotomy exists in the tax credit provisions.

In Philadelphia Energy Solutions Refining and Marketing, LLC v. United States, (No. 19-510 T, decided March 25, 2022) the United States Court of Federal Claims, citing Vitol that was decided two days earlier, also ruled in favor of the government, holding that butane mixed with gasoline does not qualify for an alternative fuel mixture credit.

Philadelphia Energy Solutions Refining and Marketing, LLC (“PES”) filed the tax-refund suit seeking over $550 million in alternative fuel mixture credits for mixing butane with gasoline. PES produced and sold gasoline as fuel that could be used in a variety of engines, and it asserted that it produced an alternative fuel mixture when it mixed and sold a mixture of butane and gasoline which makes PES eligible for a tax credit. The court held, however, that because the statute’s terms make it clear that butane is not an alternative fuel for the purposes of the alternative fuel mixture credit, PES’s claim should be denied and held for the government. The court said, citing Vitol, that the plain language of section 6426 incorporates by reference the excise tax provisions, which must be read together with the applicable tax credit. Additionally, the court pointed out that although butane was not in the “specifically excluded” material list in section 6426(d)(2), butane “was already excluded from the scope of alternative fuels as a fuel that is taxable under section 4081,” and it was unnecessary to include butane among the specifically excluded fuels in the flush language.

The court also noted that if Congress sought to provide a massive tax credit, it would have done so explicitly rather than through an undefined term subject to varied interpretations.

The Fifth Circuit court of appeals is the second circuit to weigh in on the issue of whether butane is an alternative fuel for purposes of the alternative fuel mixture credit. This has been a long-contested and litigated issue. Earlier this year, the Seventh Circuit Court of Appeals in U.S. Venture, Inc. v. United States also ruled in favor of the government, denying the taxpayer’s credit claim. Additional case in litigation over this issue is Valero Marketing and Supply Company v. United States (5th Cir. Court of appeals; appeal stayed pending outcome in Vitol). Due to changes in law, the opportunity to claim a credit for this activity has been significantly restricted, in part based on the litigation.

Because the Vitol opinion was a 2-1 decision with a strong dissent, it will remain to be seen whether the case will be reviewed en banc by the entire Fifth Circuit or appealed to the Supreme Court.

In Vitol, 5th Cir ruled for IRS, holding butane mixed with gasoline did not qualify for an alternative fuel mixture credit. In Philadelphia Energy Solutions, the Court of Federal Claims, citing Vitol, also ruled in favor of the government. These decisions may not be the end of the issue as taxpayers may appeal the rulings.

This article was written by Deborah Gordon, Eugene Boakye and originally appeared on 2022-03-31.
2022 RSM US LLP. All rights reserved.
https://rsmus.com/insights/tax-alerts/2022/courts-rule-on-alternative-fuel-mixture-excise-tax-credits.html