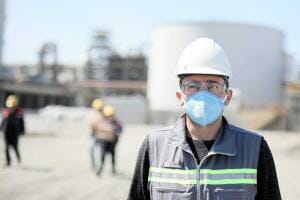 When California passed its famed gig worker bill in 2019, businesses all over the nation took notice. This landmark bill required many businesses to convert contracted workers into statutory employees. And although this change only affected California-based companies, recent movement from the Biden administration suggests that a similar stance on employment classification may soon be applied at the Federal level.

In September 2019, California passed Assembly Bill 5 (AB5) that requires businesses to use a three-pronged test to prove that their workers are independent contractors. This three-pronged test – known as the ABC test – states that workers are considered statutory employees unless all the following three conditions are met:

This narrow definition of independent contractor was purportedly designed to regulate companies like Uber and Doordash whose businesses relied almost exclusively on gig workers, but AB5 affected many other industries that use contracted workers, like those in construction.

Lobbyists from a multitude of industries opposed this measure almost immediately, and in response, California passed Assembly Bill 2257 (AB 2257). AB 2257, which was passed in September 2020, exempted many job categories from the ABC test, including physicians, lawyers, architects, engineers, investment advisors, certain direct salespersons, and construction subcontractors, just to name a few. Two months later, California voters passed Proposition 22, which also exempted app-based ride-hailing and delivery apps from the AB5. But many businesses in California must continue to apply the ABC test to their workforce, and workers that cannot meet all three prongs of the test must be reclassified as employees.

As California was fighting with the business lobby over worker classification, the Department of Labor (DOL) published a final rule that established an “economic reality” test to determine a worker’s classification. Because this test is subjective, many believe it helps preserve businesses’ desires to keep contracted workers off the payroll . This test relies on two core factors:

If these core factors do not point to the same classification, the DOL would look to three other guideposts:

The DOL rule was set to go into effect on March 8, 2021, but it has since been postponed. On January 20, 2021, the Biden administration ordered that any rules published in the Federal Register that had not yet gone into effect would be postponed for at least 60 days until the policies could be reviewed by the new administration.

Only time will tell if President Biden approves or scraps the DOL final rule, but there is talk that the new administration could adopt stricter classification rules (like those in California) to broaden the employee base. At the time this story was written, the Biden administration has not yet released information in favor or against the DOL ruling. We expect to know more by late March.

Following the DOL’s movements is important because employee classification can heavily impact a business’s operations and compliance costs. If more workers are considered employees, business leaders must allocate more money to pay for benefits like health insurance, paid time off, and worker’s compensation, and they must spend more time preparing and filing state and Federal payroll tax forms.

If the new administration alters the DOL rules to broaden the employee base, businesses can adapt, and some businesses may even benefit. For example, the Section 199A deduction, called the Qualified Business Income Deduction , is limited to a percentage of business’s W-2 wages. Increasing W-2 wages may release some of this credit. Transitioning contracted workers into employees may also bring benefits that are less quantifiable, including having a more stable workforce, fixed and predicable payroll costs, and improved worker satisfaction.

While we wait for news, we suggest that you take stock of your workforce and make a plan for reclassification in case the need arises. If your workforce makeup is comprised mostly of contracted workers, it may be worth your time to talk to a professional employer organization (PEO) that can help you better manage your workforce. And of course, contact your tax advisor about how this will affect your taxes now so that you can prepare for any changes to your tax liability in 2021.