Worker Classification Guidelines Not Changing Yet 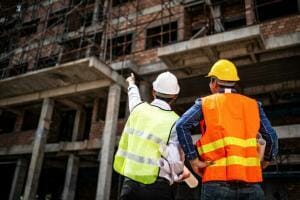 In January, the Department of Labor (DOL) published a final rule that detailed how a business was to determine a worker’s employment status under the Fair Labor Standards Act (FLSA). This rule was set to go into effect on May 7, 2021, but at the last moment, the Biden Administration pulled back, ensuring no change to how businesses and the DOL classify workers. What does this mean for employers, and what can we expect going forward?

The DOL and employers have always sought to find the dividing line between “employee” and “independent contractor”. Under the FLSA, employees are provided protections like overtime pay, a minimum wage, and hour restrictions, while independent contractors are not. The DOL’s goal is to ensure businesses are classifying workers as employees when it is warranted.

Unfortunately, there is no bright-line test under the FLSA to determine a worker’s classification. Rather, the courts consider the totality of the circumstances. The DOL’s final rule was intended – in part – to simplify this determination process. The new rule adopted an “economic reality” test that looked at two core factors:

If these core factors did not point to the same determination, the test would look to three guidepost factors:

In addition to simplifying the determination process, the new rule did something else; it made it easier for businesses to keep “gig workers” off the payroll. By placing a heavy emphasis on only two factors, businesses could more easily classify workers as independent contractors and avoid the high costs of employing those workers.

It’s possible, and perhaps even likely, that President Biden will pass a new law that changes the DOL’s employment classification guidelines. As we noted earlier this year, there is suspicion that his administration will adopt new worker classification guidelines that resemble California’s so-called “gig worker bill.” But because California has seen resistance to this bill over the last couple years, Biden’s administration would likely need to tweak the California model for similar guidelines to pass at the Federal level. Still, this movement toward broadening the employee base is not going away, and it’s likely that businesses will have to change how they classify workers in the next couple years.

Right now it’s a waiting game to see what the new administration does. While we wait, we suggest you take stock of your workforce and formulate a plan for reclassification. If your workforce comprises mostly contracted workers, consult with your human resource advisors or other professionals to see what your options are. But also keep in mind that reclassifying workers as employees can be a benefit to your business. While it can be more expensive, broadening your W-2 wages can release certain tax credits like the Work Opportunity Tax Credit or the Qualified Business Income Deduction. And don’t forget that transitioning contractors to employees may yield qualitative benefits, like having a more reliable workforce, predictable payroll expenses, and improved worker satisfaction.

If you have any questions, we recommend that you contact a member of LaPorte’s Construction Industry Group to prepare for these changes. We can keep you up to date on new legislation and can determine how these changes might affect your current or future tax liabilities.