Rebuilding Houston – With What Labor? 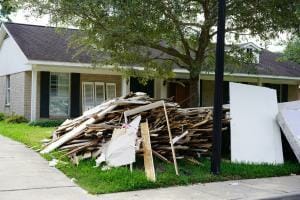 “ReBuild Houston” may have a problem. With one of the largest storm-related rebuilding efforts in American history underway in Houston, finding qualified workers may be a serious issue.

The local construction market has slowed somewhat over the last few years. Hurricane Harvey recovery efforts should create a rise in construction work in this post-boom period, with repair estimates at potentially $150 to $180 billion dollars. Unfortunately, the construction industry simply may not be able to find enough workers to keep up with demand.

Even prior to the storm, Houston was experiencing a shortage that resulted in a reduction in the size of work crews. This, in turn, resulted in driving up the average time to build a new home in Texas by one or two months.

Now, some estimates suggest that more than 200,000 homes were damaged by the storm, while the National Association of Homebuilders reports that 77 percent of builders across America can’t find enough people for their framing teams. Sixty-one percent can’t find enough drywall installation workers. Added to that, the number of construction jobs available in the United States rose in June and increased again in July.

In short, Houston residents are not going to get many workers – much less a flood of workers – from outside the state. Houston was experiencing a labor shortage before the storm; Hurricane Harvey has just exacerbated that problem.

Another factor that is affecting the labor pool is the sharp increase in immigration arrests. The Houston office of US Immigration and Customs Enforcement (familiarly known as ICE) has made about 10,000 arrests this year, second only to arrests in Dallas. The region has about 600,000 immigrants who are in the country illegally, the third-largest number, behind only New York and Los Angeles.

Even with Houston’s well known can-do spirit, the city may not be able to overcome these challenges. It could be a very long road to recovery if Houston can’t take advantage of all the workers who are available to do the jobs that others for years have been unwilling to do.

It remains to be seen what the total impact of these labor shortages on the recovery effort will be, but these are clearly important concerns for everyone in Houston – both victims of the storm and the construction companies anxious to aid in the recovery. If you are interested in learning more about these grave and urgent issues – and may even want to take an active role in addressing them – here are some links where you can start.

If you are interested in discussing these issues or any construction-related issues, feel free to contact LaPorte Director Douglas Hidalgo, CPA.