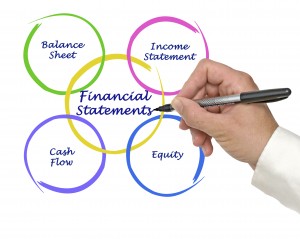 Determining your company’s successful performance or identifying its risks by analyzing complex financial information can be challenging. Financial ratios can provide management with excellent tools and useful indicators of your company’s performance and financial situation.
Financial ratios are classified according to the information they provide. Liquidity ratios indicate a company’s ability to finance growth internally, fund expenses during seasonal lulls, or ride out an economic downturn. Efficiency ratios measure the efficiency of the company in turning over inventory, receivables, or payables. Leverage ratios indicate the long-term solvency of the company. They are usually used by lenders in setting loan covenant guidelines. Profitability ratios measure the success of the company at generating profits. The most common ratios measured by contractors within the classifications above include the following:

A more comprehensive approach to measuring your company’s performance is trending your financial ratios over the past five to seven years. In addition to the financial ratios noted above, some additional financial indicators to track over time include:

Industry benchmarking – comparing the company’s financial performance against industry peers – adds another layer to the usefulness of the ratios and provides important insights into industry issues. Industry peer data can be obtained from a number of sources such as Construction Financial Management Association’s (CFMA’s) Annual Financial Benchmarker and the company’s surety/underwriter.

These techniques used together in analyzing your company’s financial information will aid in efforts to be solvent and profitable. Learn more about financial ratios, benchmarking your company’s performance, or other issues relevant to the construction industry by contacting a member of LaPorte’s Construction Industry Group.