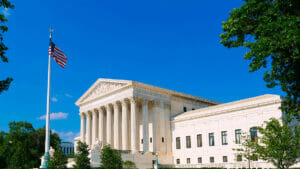 
On Oct. 3, 2022, the U.S. Supreme Court heard its first challenge to unclaimed property law in 30 years and six years after agreeing to hear the challenge in the Court’s original jurisdiction. The cases, Delaware v. Pennsylvania and Wisconsin and Arkansas, et al. v. Delaware, seek to clarify what rules should apply to the escheatment of certain financial instruments. The consolidated cases present one of only a handful of opportunities for the Court to address a significant case in the state and local tax area in the last few years. A high-level description of the case background, procedure and oral arguments are further described below.

Generally speaking, unclaimed property is escheated to the state of incorporation of the holder of the liability when the address of the owner of the property is unknown, as established in Texas v. New Jersey. However, not all types of unclaimed property follow the same priority rules. Money orders, traveler’s checks or similar written instruments (except third-party checks) follow jurisdiction priority rules established under the Disposition of Abandoned Money Orders and Traveler’s Checks Act of 1974 (Disposition Act). The Disposition Act was created by Congress after the Supreme Court upheld Texas v. New Jersey’s jurisdictional rules in Pennsylvania v. New York, 407 U.S. 206 (1972) with regard to Western Union money orders. The act provides that any sum payable on a money order, traveler’s check or similar written instrument, for which a financial institution, banking organization or business association is liable, is escheatable to the state where the instrument was purchased. The Disposition Act, as federal statutory law, overrides federal common law rules regarding jurisdiction for these specific property types.

MoneyGram had historically treated the disputed instruments as instruments not covered by the Disposition Act and had escheated them to its state of incorporation, Delaware, under the second priority rule of Texas v. New Jersey, as it does not collect address information from the financial institutions that sell the instruments.  Delaware agrees with MoneyGram’s interpretation of the jurisdictional rules and believes that the instruments are reportable to Delaware as MoneyGram’s state of incorporation. Almost 30 other states challenged that interpretation claiming the instruments are either money orders or similar instruments meant to be escheated to the state of purchase under the Disposition Act.

Essentially, the litigation centers around one key issue: whether MoneyGram’s official checks should be classified as money orders or similar written instruments under the Disposition Act and requiring escheatment to the state of purchase, or whether the official checks should be classified more similarly to other financial instruments requiring escheated to Delaware as MoneyGram’s state of incorporation under Texas v. New Jersey.

The litigation is unique as it falls under the U.S. Supreme Court’s original jurisdiction, i.e., the Court is essentially functioning as a trial court and not hearing the issue on appeal from another court. Initially, Pennsylvania and Wisconsin sued Delaware in 2016, but were joined soon after by almost 30 other states. The Court appointed a special master to oversee the dispute in 2017. In 2021, the special master issued a final version of his interim report recommending the Court find for the states in concluding the official checks fall within the scope of the Disposition Act and thus should be escheated to the state of purchase and not the state of incorporation.

At oral argument, Delaware argued that the label of the instrument provided a bright-line test for interpreting the instrument under the Disposition Act. The state claimed there were three characteristics that differentiated the disputed instruments from the money orders:

Delaware drew these factors as a comparison to money orders, which can be purchased at many locations and various types of businesses, do not require a bank account and are not signed by an employee of the seller. In fact, Delaware stated that the fact that the checks are signed by bank employees would also potentially include them under the third-party bank check exemption, even if they were deemed to fall under the Disposition Act. Delaware argued that the Disposition Act was meant to apply to small balance instruments, which it believed was distinguishable from MoneyGram’s instruments, that did not have value limitations like money orders. Delaware also argued that the Disposition Act was meant to be narrowly applied; adopting the definition put forth by the other states would be too broad and could open up the floodgates to include escheatment under the act of many other types of instruments.

The challenging states noted that the disputed instruments were neither third-party bank checks nor cashier’s checks. The states argued that including the disputed instruments under a broad reading of the Disposition Act would not cause all other bank instruments to also fall under the act, as alleged by Delaware. The states explained that many of the other instruments were known by Congress in 1974 and were not explicitly included in the Deposition Act because Congress did not intend for those items to be included in the definition of “other similar written instrument.” Additionally, they argued, by way of example, that cashier’s checks could be distinguished and excluded because they are not always prepaid and address data is often collected and maintained.

The states also argued that the label of an instrument as a “money order,” or lack thereof, and the value of the instrument, should not be dispositive on how the instrument is treated – the nature of the instrument itself should dictate whether it falls under the Disposition Act, regardless of how it is labeled on its face. Finally, the states noted that these instruments cannot be deemed “third-party bank checks,” which are excluded from the Disposition Act, because they are not drawn against a bank account (i.e., a checking account) – they are prepaid instruments and the “third-party” actually refers to the endorsee on the check (i.e., payee).

Original jurisdiction matters can be complex and require significant time to review as it has been six years since the Court agreed to hear the case. Delaware is well-known for its unclaimed property enforcement due to the number of businesses incorporated/formed in the state. In fact, unclaimed property is the state’s third largest source of revenue based on fiscal year 2023 general fund revenue forecasts, a figure that far exceeds any other state. How the Court ultimately determines the treatment of MoneyGram’s official checks could impact how other financial instruments are treated and open up additional types of instruments to inclusion under the Disposition Act. With the argument complete, a decision should be anticipated by the end of June, if not earlier. Businesses that offer similar financial instruments should be prepared to review the upcoming decision and determine whether any adjustments may need to be made with regard to its escheatment procedures.

This article was written by Catherine Del Re, Jennifer Fine, Yudit Freda and originally appeared on 2022-10-05.
2022 RSM US LLP. All rights reserved.
https://rsmus.com/insights/tax-alerts/2022/us-supreme-court-hears-first-unclaimed-property-challenge-in-30-years.html