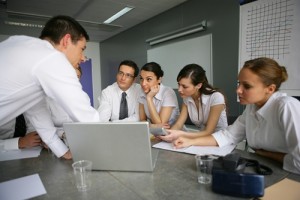 Earlier this year, the Private Company Council (PCC) adjusted its criteria for private companies, simplifying the eligibility process for many seeking GAAP exceptions. Most importantly, as far as privately owned entities across a variety of sectors are concerned, many will no longer be subjected to variable-interest entity (VIE) analysis once they’ve displayed that they meet requirements.

Under the previous system, private companies typically had to consolidate VIEs into leasing agreements that were deemed “common control.” Now, after years of hearing that the criteria for being granted an exception were too restrictive, the PCC has moved to amend those conditions. As reported by the Journal of Accountancy, the amendments include the following terms:

In March, the Financial Accounting Standards Board (FASB) endorsed the exception, officially writing it into the GAAP. Essentially, this Accounting Standards Update offers an alternative for private companies, allowing them to opt against applying VIE guidance for a lessor entity. Of course, in order to elect this alternative, they must meet the aforementioned criteria. This could influence future arrangements to company structures as efforts toward VIE analysis are reduced or approached differently.

Disclosure terms and scenarios that may complicate matters
Certain terms of disclosure still must be taken into account. Per the terms of the alternative, VIE disclosures are not provided by private companies about the lessor entities, but they would be required to disclose amounts and key terms of relevant liabilities, such as debts, interest rates, maturities, pledged collateral and all guarantees that may be associated with those debts. It’s also recommended that private companies consider any exposures through implicit guarantees, whether based on facts or circumstances.

The ASU released by the FASB included three hypothetical scenarios that may help companies determine whether there are implicit guarantees or economic incentives for acting as a guarantor, or if such a situation may present a conflict of interest.

Additionally, the PCC has opted not to continue the pursuit of the combined-interest approach, originally proposed as another alternative to accounting for swaps involving pay-fixed interest rates. There was, however, an exception for such swaps initiated via a separate ASU in January, and the PCC has worked to further incorporate exceptions that would recognize intangible assets.

Ultimately, the amended common-control criteria should be welcome among private companies, whose feedback provided the impetus for many of the changes in the first place. With its application retrospective to all periods presented and effective for annual periods beginning after Dec. 15, 2014 – and early adoption permitted – the transition can already take place. Companies across all sectors, including the energy industry, can consult with a LaPorte professional to learn more about how these changes may affect their business.