Lease accounting update will affect balance sheets in all sectors 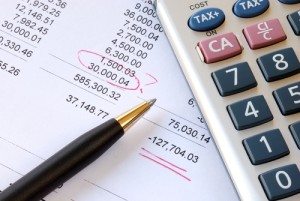 In February 2016, the Financial Accounting Standards Board issued an update (ASU 2016-02) to its lease standard (ASC 842). This long-awaited update is significant for the financial reporting and compliance requirements it presents to businesses across all sectors with significant lease transactions, as well as how these guidelines may affect financial ratios and compliance covenants with lenders.

This new Accounting Standards Update makes an important change to how leases are classified, requiring lessees to recognize right-of-use assets and lease liabilities for many leases currently accounted for as operating leases. Under the current Generally Accepted Accounting Principles (GAAP), only capital leases are required to be recognized on balance sheets.

“The update is significant for the financial reporting and compliance requirements it presents.”

Once the updated standard goes into effect, both operating and finance leases – similar to what are now called capital leases – must be recognized on the balance sheet if their term extends longer than 12 months. As a result, most businesses will be reporting more leases on their balance sheets than ever before. Though the update may have the most implications for lease-intensive and highly regulated sectors, including manufacturing, health care and financial services, compliance will be required across all industries.

Notable updates to leasing classifications
Existing GAAP standards stated that leases should be classified as operating or capital leases. In a capital lease, the lessee assumes a portion of the risk, as well as the benefits, associated with an asset. As a result, these leases were recorded as liabilities on balance sheets, and the lessee was able to claim depreciation on the asset and deduct interest expense from the lease payments.

On the other hand, an operating lease meant the owner of the asset transfers the right to use the asset to the lessee, but the lessee does not assume the risk of ownership for the asset. These leases were treated as operating expenses on income statements and were not recorded on balance sheets.

Under the FASB standard update, a lease – defined as a contract or part of a contract that conveys the right to control the use of an identified asset for a period of time in exchange for consideration – must now be classified as either operating or financing. While little changes about the definition of an operating lease, capital leases will no longer be a valid classification, though many of these contracts will fall under the definition of a financing lease.

What is more significant about the FASB update is that financing and operating leases will both be considered right-to-use assets with a corresponding lease liability that must be recorded on the company’s balance sheet. While operating lease expenses, including amortization of the right-of-use asset, will be included in the business’s operating expenses and cash flows from operations in the statement of cash flows, financing lease expenses will be recorded as interest expense and amortization expense and presented in the cash flows from financing activities section of the cash flow statement.

For leases with terms of 12 months or shorter, compliance with the FASB update will be optional.

For many companies, this will require adopting new accounting and disclosure frameworks. Though there is some time to bring these policies into compliance, the significant changes required should incentivize businesses to begin this process now. For publicly traded companies, the update will take effect on leases beginning after Dec. 15, 2018. For all other entities, it will take effect for leases with fiscal years beginning after Dec. 15, 2019 and interim periods thereafter. Early application is permitted for all entities.

“Many companies will need to adopt new accounting and disclosure frameworks.”

Companies will need to take several corrective actions, including updating their lease inventory and evaluating the impact on their balance sheets. The addition of new leases to the company’s balance sheet can also impact its relationship with its lenders or stockholders if the ratio of liabilities to equity significantly changes. Any changes to assets and liabilities can make a company appear different to its investors in terms of operational efficiency and deployment of capital, so it’s important for businesses to determine how the update will affect their balance sheets as soon as possible.

Changes to accounting requirements do not change a business’s economic position, but as ratios involving liabilities change, it may make the company appear more risky to lenders. Though the positive effect of the FASB reduction will improve transparency for investors through a reduction of off-balance sheet accounting, it’s important for companies to know how the update may affect their financial relationship. Additionally, due to the complicated nature of this update, companies are advised to begin their corrective measures now.

The professionals in LaPorte’s Audit and Assurances Services Group are prepared to handle this significant change and provide consultation on implementation. LaPorte has been following the update since it was first proposed in May 2013, which means our CPAs are able to guide our clients to compliance efficiently and with minimal disruption to normal operation.