How To Avoid Late Remittances 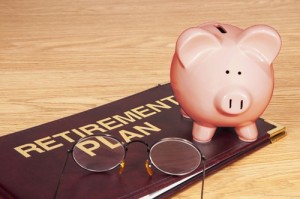 Employers who withhold employee salaries as contributions to benefits plans must act as timely and efficient stewards of these funds or risk fines from the U.S. Department of Labor.

Any contributions withheld from an employee’s pay for the purpose of transmission to a benefits plan, such as a retirement, 401(k) or health benefits program, must be segregated from the employer’s general assets in a reasonable amount of time. Failure to do so can result in lost earnings for employees and criminal investigation of the employer by the Employee Benefits Security Administration (EBSA).

“The actual emphasis of the law is timely remittance.”

In fiscal year 2014 alone, the EBSA closed 263 civil investigations regarding employee contribution plans leading to more than $3.3 million in participant contribution recoveries. However, many employers still fail to recognize the severity of late remittance.

Understanding DOL requirements
DOL regulations established under the Employee Retirement Income Security Act of 1974 (ERISA) require employee contributions to be segregated from the employer’s general assets as soon as can be “reasonably” done. The ERISA also established that contributions had to be processed into employee benefit accounts no later than the fifteenth business day of the month following the payroll month in which the contributions were made.

While some employers might think this regulation means contributions simply have to be processed by the fifteenth business day, the actual emphasis of the law is on timely remittance. Remittance is considered timely if it is in line with what is “reasonably possible” for the company based on prior behavior.

For example, if the DOL finds your company remitted employee contributions within two days of payroll for several years, but a sudden change resulted in a one- or two-week delay, you could be found to be in violation of the ERISA, even if the contributions are processed before the fifteenth business day.

“Employers must remit employee contributions as soon as can reasonably be done.”

If your company is found to be making remittances later than what has been established as reasonably possible, you would be responsible for any lost earnings the pension and benefits accounts would have taken on had the contributions been made timely. Additionally, if any non-exempt prohibited transactions occurred, you may have to pay an excise tax penalty to the IRS.

For example, a Virginia software company had to pay $257,516 in late remittances and lost opportunity costs to its employees’ shared savings plan after the DOL found remittances were not timely. The plan’s fiduciaries were permanently enjoined from serving as fiduciaries to any ERISA-covered plan in the future.

Creating a consistent process
Best practice for avoiding DOL fines is to create an automated and uniform remittance process, typically done in connection with payroll.

Business owners can contact the employee benefit plan audit services professionals at LaPorte to schedule a remittances consultation. LaPorte’s certified public accountants will assess whether your remittance procedures are in line with DOL requirements and help determine your company’s average remittance time in order to meet the “reasonable” provision. LaPorte professionals will also make recommendations to keep the process consistent and eliminate outliers.